This is a harrowing drama about a Jewish man enslaved in a death camp – forced to help dispose of the massacred bodies. When he witnesses the murder of a young boy he takes for his son, Saul seeks to give him a proper burial under the ever-present watch of the Nazi guards. 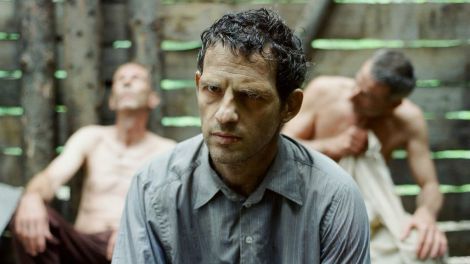 Rarely does a film come along with the boldness to challenge its audience to this degree. While the subject matter is clearly inherently challenging, the other best known films on this topic at least offer a glimmer of optimism in their bleakness which is hard to find in Son of Saul. There is just enough hope to sustain narrative impulse, but it takes us to places not touched by Schindler’s List, Sophie’s Choice or The Pianist, including to the gas chambers themselves.

Yet in spite of the horror, it doesn’t linger on this unduly. Shot in a narrow format, the camera barely moves from Saul’s face with most of his surroundings appearing out of focus. The few cuts and handheld camera work add to the naturalism in a film which tries hard not to stray into fantasy or movie shorthand.

The central activity of the film – Saul’s quest to give his son a proper Jewish burial – is not the most obviously pressing task for a man in his situation. It runs the risk of making him less sympathetic to those of us not inclined to place such importance on ritual and the afterlife – particularly as he pursues his aim to the exclusion of all else, even the well-being of his fellow prisoners.

But in this I was reminded of Memento. Leonard Shelby’s task of hunting down his wife’s killer is a largely futile one, unlikely to bring him any satisfaction. The importance of the task is not in its fulfilment but in having a goal to work towards – a reason to keep on living. And to apply a cold rationalism to someone who has lost everything and endured unimaginable horror is to miss the point. The futility of his task only serves to remind us of the futility of his situation.

Hungarian actor Géza Röhrig perfectly captures the expression of a man who has become numb to the misery around him as he tries to find meaning under the most meaningless of circumstances. Under the masterful direction of László Nemes this creates one of the most compelling and memorable films of recent years.

3 responses to “Son of Saul”