Three Men and a Baby is one of those titles that tells you everything you need to know, like The Birds or Frankenhooker. 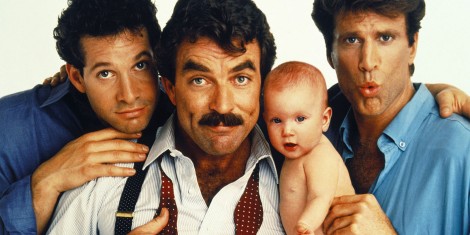 Three New Yorkers (Tom Selleck, Steve Guttenberg and Ted Danson) find their bachelor lifestyles rudely interrupted when a baby shows up on their doorstep, and in looking after her learn valuable life lessons, such as ‘don’t order stuff on eBay when you’re drunk.’

Based on a French film, this 1987 comedy is well directed by Leonard Nimoy, who had proved his comic credentials the previous year directing a Star Trek film about whale abduction. Amongst the poop jokes are the kind of liberal, human values we’ve come to associate with Nimoy; and while the farcical premise is somewhat dated (creepy even), with a predictable ’80s soppiness, the gender politics and family values are refreshingly progressive. A group of men raising a baby together? It’s Adam and Eve, not Adam and Steve (Guttenberg). 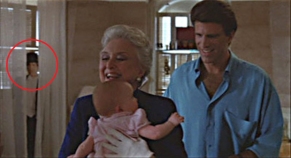 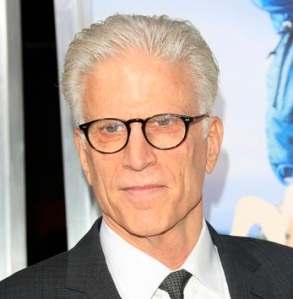 Speaking of creepy, the film contains one of the most famous urban legends in film history: that a ghost appears in one shot (Exhibit A). This led to a boom in the movie’s VHS sales, as it was speculated that the boy was  the child of a crew member and had killed himself, or a kid who had died in the apartment. Either that or it was a cardboard cut-out of Ted Danson’s character from one of his adverts, of which there are several around the apartment. Now I don’t usually go in for the paranormal, but look what mysteriously happened to Danson’s hair over the next 30 years (Exhibit B)…

Although overly soppy and predictable, Three Men and a Baby remains an entertaining family farce, whose enjoyable performances and positive parental politics make it the funniest film about parenting since Mommie Dearest.

One response to “Three Men and a Baby”