This is the a film about the later years of Shakespeare’s (Kenneth Branagh) life as he deals with the twin tragedies of the death of his son, Hamnet, and the fact his daughter (Kathryn Wilder) isn’t married. Let’s call it Shakespeare in Retirement. 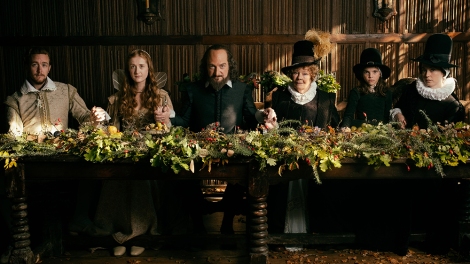 This is quite a strange film. It’s most reminiscent of Mr Holmes, and not just because Ian McKellen is in it as Henry Wriothesley, the subject of Will’s youthful passion. Both films follow a literary figure in their later years, although for Shakespeare that means his fifties rather than his nineties. Both represent relatively calm periods of reflection, allowing the space for truths from their lives to come forth.

Branagh does an acceptable if not exceptional job as director, actor and playwright. His frustrated Shakespeare doesn’t feel like the greatest wit of the English language, which feels like a missed opportunity. But we do get to feel his pain and frustration at years spent away from his family in London.

By focusing on a handful of relatively uneventful years it avoids taking liberties with the vast swathes of Shakespeare’s life about which we know next to nothing. It references key events and details with great historical authenticity, from Shakespeare signing his name differently to the generally accepted spelling, to bequeathing his wife (Judi Dench) his second best bed.

The supporting performances are stronger than Branagh’s. McKellen and Wilder  are the highlights, with McKellen in particular bringing a degree of levity and energy which is in short supply elsewhere. Judi Dench is also good, confusingly playing Anne Hathaway (AKA Mrs Shakespeare) in spite of being nearly 30 years Branagh’s senior (Anne was 8 years older than Will in real life).

Overall the absence of sweeping, poetic drama, irony or humour make it feel decidedly un-Shakepearian. Its rather flat tone makes the first hour dull, but it’s ultimately saved by the the fact it ends well. I suppose all is well then!