Netflix might downplay the role of artificial intelligence in commissioning its content, but knowing that AI played even the slightest part in greenlighting Brie Larson’s Unicorn Store is reason enough to distrust the machines. 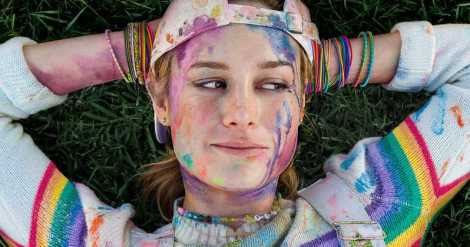 Having auditioned and failed to get the main part, Larsen was brought on as producer, director and star five years later when someone at Netflix (definitely not a robot) calculated that Captain Marvel had made her infamous enough to hate-watch. She plays a woman called Kit who wins a unicorn from Marvel co-star Samuel L. Jackson, which seems an odd premise but then Larsen would probably say it’s not for me. And she’d be right.

A failed artist, Kit is inspired by an advert for a temp agency (who hasn’t heard of temping?) and takes a job at a PR firm. But there’s one problem: she’s just too damn quirky. While building a stable for her unicorn, she prepares a sales pitch for a vacuum cleaner. Will she land the marketing campaign of her dreams? Are those Bradley Whitford and Joan Cusack as her parents? What the hell am I watching?

You’d be forgiven for mistaking it for a satire of privileged millennials, based as it is around the “no one understands me” angst of a young PR person whose only problem appears to be that she doesn’t yet own a unicorn. But Unicorn Bore doesn’t share that perspective, and seems to take Kit’s plight seriously (albeit whimsically). This is made less palatable by how childish she is by design, sporting a variety of quirky outfits that frankly make her look simple.

Unicorn Snore is an infantilist vanity project made up of painful and perplexing moments, including the most embarrassing cleaning product selling scene since Jennifer Lawrence said “I have been mopping for most of my life” in Joy. It leaves you with the paradoxical feeling of being robbed even though you watched it for free, thereby inventing a new type of crime that I’m going to call Larsony.