My Neighbour Totoro meets Addams Family Values in this Japanese tale of a young boy’s jealousy towards his new baby sister, until the family dog sees fit to intervene in human form. Did I mention this was anime? 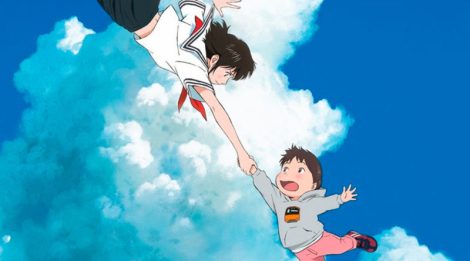 Mamoru Hosoda’s magical realism can’t help but draw comparisons to Studio Ghibli, but where Hayao Miyazaki generally explores pastoral settings, Mirai is set in a modern city house designed around a single tree; a symbol of family and the boy’s lost solitude.

This merging of the domestic and fantastical makes for a dazzling journey through childhood, cute and relatable on the surface but with metaphysical and emotional depth. The past, present and future (which is the meaning of Mirai, the baby’s name) exist in tandem, viewing family as a kind of cosmic continuum.

The colourful animation feels fluid and lived-in, particularly during an ingenious sequence in Tokyo Station where Hosoda magically captures child’s-eye trauma and imagination. He beautifully observes gender roles and family dynamics, bringing empathy to characters who all grow over the course of the film as it widens from small domestic details to kaleidoscopic expanse.

Mirai‘s sense of wonder and humanity make it a worthy Oscar contender (it lost to Spider-Man: Into the Spider-Verse) and a gentle yet profound reminder to see the world, like Spider-Man, through more sets of eyes.