This original story from director Rian Johnson is like a cinematic adaptation of the world’s best game of Cluedo. It achieves the necessary balance between being unpredictable and satisfying, easily wiping the blood-spattered floor with Kenneth Branagh’s formulaic Murder on the Orient Express. 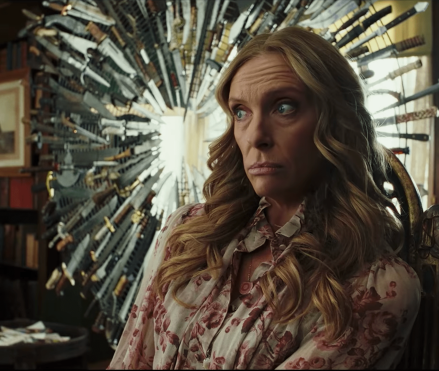 The cut-throat family are excellently played by an all-star cast including Jamie Lee Curtis as oldest daughter Linda, Michael Shannon as son Walt, Toni Collette as new age hippy Joni, the widow of Harlan’s son, and Chris Evans as narcissistic grandson Ransom. A particular highlight is relatively unknown Ana de Armas as Marta, Harlan’s nurse and confident, and Christopher Plummer as a nicer and more eccentric version of John Paul Getty in All the Money in the World.

The house of crime-loving author Harlan is an excellent backdrop – full of strange artifacts it keeps the largely self-contained film visually interesting throughout. It’s also consistently tense and interesting, helped by an excellent score from Nathan Johnson (Rian’s cousin) and sharp writing. Twisty and turny, this is a fun whodunnit which is a cut above the rest.