Four teachers go from listless to Limitless when they test the theory that a steady alcoholic buzz is the key to a happy life in Danish drama Another Round. 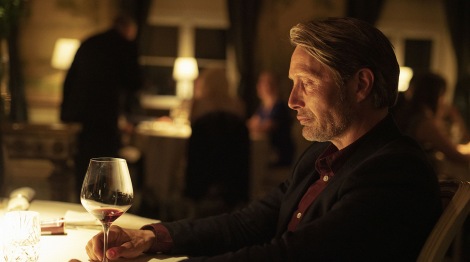 The men (Mads Mikkelsen, Thomas Bo Larsen, Lars Ranthe and Magnus Millang) find that keeping their blood alcohol content at 0.05% gives them the leadership abilities of Churchill or Hitler, but there are negative effects as well. This would appear obvious to anyone who has ever quaffed, yet the Hemingway-quoting characters are apparently oblivious to all but the most positive aspects of oblivion.

A more modern, less predictable version of the story would see the foursome experiment with psychedelic microdosing, but the focus is on Denmark’s relationship with alcohol and the results are generally fun to watch. The cast are staggeringly entertaining (not least Mikkelsen who gets a chance to show off his pre-acting chops as a professional dancer) and Thomas Vinterberg bathes the intoxicating set pieces in warm, bleary browns, free of bluster, fuss or judgement.

That said, the drama feels oddly compromised considering Vinterberg’s Dogme 95 roots. While its depictions of drinking are realistic, the experiment itself is sub-0.05% in likelihood. The teachers go as far as giving their students alcohol without consequence, which seems far-fetched even in Scandinavia. The film races from tipsy to Stag Do in a few scenes, then just as quickly runs out of dramatic booze.

Like a drunk at the bar Another Round falls between two stools, highly stimulating on the one hand but lacking the edge you expect of its premise and pedigree. Ultimately the narrative hiccups prove the movie’s point about drinking: starting is easy, it’s stopping that becomes a problem.