With the buzz around Sylvester Stallone’s Expendables films it’s unsurprising studio bosses have been eyeing up a female answer to the sausage-heavy meat fest. I’m imagining something like Michael Bay does Sex and the City.Yesterday we discovered Meryl Streep, Cameron Diaz and Milla Jovovich are in talks, but who else should get in on the action? 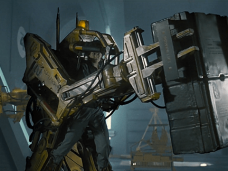 The original, and arguably the greatest, action heroine, simply has to be in the ExpendaBelles. There are no two ways about it. What if the ladies come under attack by a giant alien? I think we’d all love to see Siggy Weaves dust off the load lifter and once again utter those famous lines. “Get away from her you bitch!” 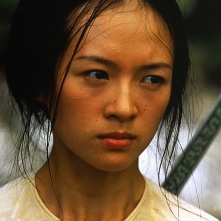 One of the toughest women in martial arts, Zhang has made her name in the West in such films as House of Flying Daggers, Hero and Crouching Tiger, Hidden Dragon. With a role in Rush Hour 2, she should feel at home on the Western action scene too, although producers should stay clear of making her some into racist comic relief, as they did to her Hero co-star Jet Li in The Expendables. 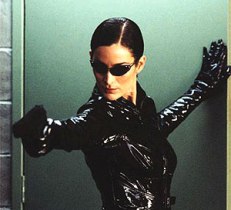 No list of action heroines would be complete without the leather-clad, karate chopping computer hacker Trinity from the Matrix trilogy. Admittedly that’s basically the extent of Carrie Ann Moss’s action career, and, indeed, most of her total career, but she made such an impact in the Wachowskis’ trilogy that she would be sorely missed from The ExpendaBelles.

How can you not have Catwoman? Well, quite easily, if it’s Halle Berry’s Catwoman movie. Luckily she’s turned her hand to action in three X Men films where she plays Storm who has the power to manipulate weather but not, it appears, her own hair. Given that she recently appeared in Movie 43, she should be pretty easy to bag for an ExpendaBelles movie.

She’s not exactly an action star, but all these young toughies are going to need an older woman to keep them in line, possibly in an overseeing role. Imagine Bruce Willis in The Expendables meets M from the Bond movies.

Kill Bill may not be the best film ever, but Thurman sure showed us her ass-kicking credentials complete with a Bruce Lee jumpsuit.

Not the best known lady on our list, former Danish model Nielsen has some impressive action credentials, from Red Sonja with Arnold Schwarzenegger to Rocky IV and Cobra with Sylvester Stallone. She also has the dubious honour of being the only person (that we know) to have slept with both men. She must be the toughest woman in the world.

She was a blue Na’vi in James Cameron’s sci fi epic Avatar, and she was a beefed up

Uhura in JJ Abrams Star Trek reboot, giving her sci fi credentials to rival Sigourney Weaver. But it’s Columbiana which proved her status as an action star. One of the youngest on this list, she could do a lot of the heavy lifting, like Jason Statham’s Lee Christmas in The Expendables.

While she may not have done much recently, Sarah Connor of Terminator 2 is hard enough to take on any of the other potential ExpendaBelles on this list. From her entrance doing pull ups in a mental hospital to her secret armoury in the desert, we know Hamilton can handle herself. And with Arnie in The Expendables, and her Terminator co-star Michael Biehn making it onto my “10 Actors Who Should Be In The Expendables 3 But Won’t Be” list, it would be criminal to leave her off. 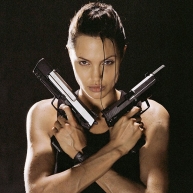 Possibly the most distinguished female action star in the world, Jolie has gone to the armoury more times than most, even if the resulting films were less than brilliant. She brought to life the timeless video game character Lara Croft, took on her future hubbie in Mr and Mrs Smith and did some weird but cool not-quite-The–Matrix stunts in Wanted. She might be hard to get, enjoying the most ongoing success on this list, but she’d be a great addition to the team. 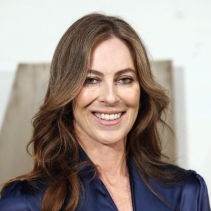 Producers are reportedly seeking a female director for the film, which should surely be Kathryn Bigelow. The most successful female director in the world, and the first to win an Oscar for Best Director, Bigelow has never shied away from action. From commanding Harrison Ford and Liam Neeson in K-19 to dealing with arms disposal in The Hurt Locker, Bigelow is more than qualified to handle these tough ladies.