1991 was a good year. And not just because both of us here at Screen Goblin were born. Cinematically, it gave us The Silence of the Lambs, Terminator 2 and The People Under The Stairs – a brilliant little horror film from everyone’s favourite birdwatcher, Wes Craven. 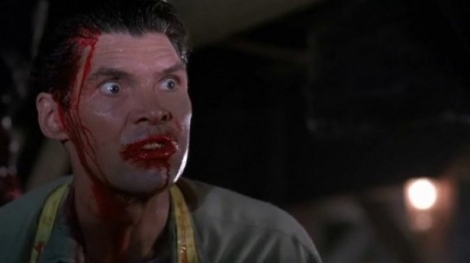 His mother dying of cancer and his family threatened with eviction, a young boy nicknamed Fool (Brandon Adams) must steal from his rich neighbours to survive. But once he enters their large house he discovers that this wealthy couple (Everett McGill and Wendy Robie) have some very dark secrets and as the title suggests, there’s something in the basement.

I’ve gushed repeatedly about my love of Wes Craven, and this is a perfect example of his masterful combination of genre fun and social commentary. Part satire, part horror and part blaxploitation, The People Under The Stairs never lets its politics get in the way of its storytelling or vice-versa. What we get is a wonderfully weird, intelligent and disturbing horror movie. The B movie title and premise provide the framework on which Craven hangs his social issues of inequality, racism, religion, abuse and of course cannibalism. His suburban nightmares, the dark secrets of the middle-classes which made A Nightmare on Elm Street so successful, return to the foreground – ideas which were being explored simultaneously by David Lynch in the excellent Twin Peaks. Interestingly, Everett McGill and Wendy Robie play a couple in both.

This same year also saw the release of A Nightmare on Elm Street 6, arguably the worst film in the series. But while the Freddy Krueger franchise was slowly dying, Craven brought the spirit of the original to The People Under The Stairs. There’s that same surrealism, sincerity and suspicion of adults which characterised his 1984 classic. Since the success of The Exorcist, horror films have often revolved 360 degrees around the fear of children. Craven subverts this trope and makes films about incompetent and sadistic grown-ups, where the resourceful and resilient children are the victims. Ever since his ferocious debut The Last House on the Left, his films have been about the ever-growing gulf between old and young, black and white, rich and poor. 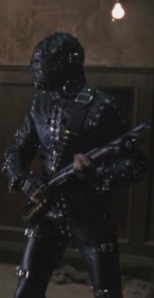 The film’s 15 certificate is quite surprising given some of the content involving incest, domestic abuse and violence against children. It’s testament to Craven’s ability as a filmmaker that he gets away with this, holding back when he needs to but losing none of the film’s brutality. It’s infinitely braver than Hollywood’s 15-rated horror movies of today, which feel too safe and shy away from these serious themes. A good horror film requires the feeling that absolutely anything can happen, and on that front The People Under The Stairs succeeds in spite of its certification. It feels much closer to something like the outstanding 18-rated The Woman, with its someone-in-the-cellar concept through which ideas of domestic violence and social inequality are explored.

In all my fawning over Wes Craven I’ve neglected to mention the diverse cast who are excellent, particularly the young Brandon Adams, who brings real strength and humour to the role of Fool. But back to Wes Craven. Cursed aside, the boldness of his movies reveal his importance as a filmmaker, and the little-known The People Under The Stairs is one of his best. There’s brutal political subversiveness, a great dog death, and appearances from both Ving Rhames and a gimp, three years before Pulp Fiction. Quentin Tarantino, what a hack.

5 responses to “The People Under The Stairs”