This has all the mayhem you’d expect from a Muppet movie. The focus is on favourites Kermit, Fozzie, Gonzo (Dave Goelz) and Piggy (also Oz), but the rest of the gang are here too, thanks to a flimsy pretext involving the Muppets staying at a rundown muppety hotel on Cheapside. It’s pretty stupid: Cheapside is actually a very expensive part of London. Dr Honeydew and Beaker have their piece,  and there are welcome appearances from Animal, The Racist Chef, the one that looks like Phoebe from Friends, and the one that looks like it was made from leftover bits of other Muppets.

As usual the jokes run thick and fast, and it has a heart bigger than most films with characters which actually have hearts in. There are lots of self-referential nods, which is a Muppet staple, but there were a few too many references to it being a film for my taste. The Muppets have never been afraid to break the fourth wall, but talking about how it’s a movie is sometimes done to make up for weakness in other areas. Just look at Monty Python and the Holy Grail.

The production design is fantastic with the Muppets interacting brilliantly with the human world. One sequence involving Muppets on bikes is particularly dazzling, and well within the “how did they do it?” category. Add to this some decent song and dance numbers and a fleeting cross-species romance and you have a solid muppet film.

The Muppets are an ever-reliable source of entertainment, and as enduringly entertaining now as they were 30 years ago. This caper is proof of their eternal appeal. 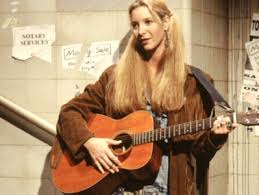