Last week saw the release of two films about neighbours from hell. Blue Ruin follows the escalating violence between neighbouring families. Meanwhile, Bad Neighbours sees the lives of an unlucky couple completely devastated when Zac Efron moves in next door.  I know which I’d prefer. 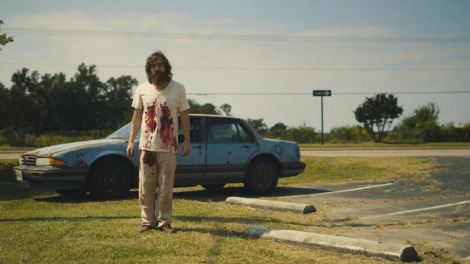 Blue Ruin opens with a virtually silent 20 minutes, as we follow the apparently homeless Dwight (Macon Blair), who is told by a police officer: “He’s been released.” Our beardy antihero is instantly on the move in search of revenge. It’s a quietly bold opening, and the dialogue and exposition are kept to a naturalistic minimum for the rest of the film’s brief running time. At less than 90 minutes, it’s a straightforward story whose execution is anything but. 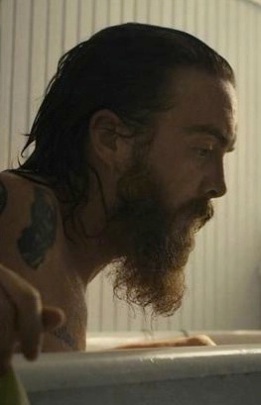 Directed by Jeremy Saulnier, with cinematography by Jeremy Saulnier and screenplay by Jeremy Saulnier, this is an impressive revenge thriller that successfully toes the line between art house and B-movie. Saulnier shoots with infinitely more care and expertise than Dwight’s blackly comic attempts at gunplay. These moments of dark wit are well-handled, with grim humour found in horrific situations rather than the situations being exploited for comedy. Likewise, violence is used sparingly and as a result is profoundly more surprising and powerful than the cartoonish likes of The Raid 2. Unlike the gratuitous bloodletting of the initially comparable Hobo With a Shotgun, this is the violence of the real world, where actions have consequences and violence is hell.

Macon Blair turns in the best performance by a Blair since Tony did all that lying to the British public. The difference is we actually believe that Dwight is a genuinely nice man, driven to bloody retribution by his situation. This sense of suburban monstrosity is reminiscent of classic horror cinema, with tension ratcheted up by the quiet and uneasy atmosphere, punctuated by bursts of shocking ultraviolence. Short but by no means sweet, Blue Ruin is a great low-budgeter that explodes like a gently lobbed grenade.