Life Itself is an informative and moving documentary about Roger Ebert, the great film critic who died from cancer in April 2013. 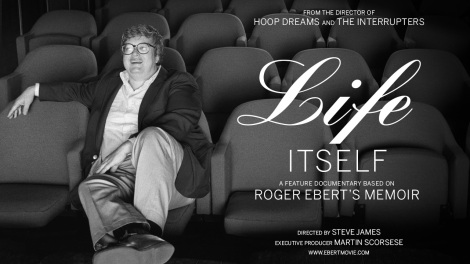 Based on and featuring excerpts from Ebert’s memoir of the same name, Life Itself guides us through the Pulitzer-winning critic’s career, personal life and illness, which robbed him of his entire lower jaw. Ebert grants director Steve James an astonishing level of access, allowing footage from inside his hospital room, where he’s surrounded by adoring friends and family. The documentary lovingly captures the affection felt towards Ebert, who played an essential role in popularising film criticism.

Having worked on newspapers since the age of 15, Ebert soon became a film critic for the Chicago Sun-Times, and in 1975 began reviewing movies on television alongside rival critic Gene Siskel. The documentary includes some very funny outtakes from their show, which confirm that their on-screen rivalry wasn’t just an act. Siskel and Ebert, controversially written in that order, televised the bickering and finger-jabbing nature of film discussion, taking it from the hands of academics and into the popcorn-strewn seats of the auditorium. 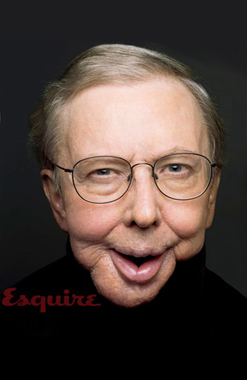 Ebert’s critical style was one of honesty, accessibility and humanity. For him, films were a way of understanding people, and it was this generosity that made him such a beloved individual. This is a critic with his own star on the Hollywood Walk of Fame, and the film features praise from the likes of Werner Herzog and Martin Scorsese, who serves as executive producer. Ebert supported unknown filmmakers and approached criticism with a unique sense of compassion: “Look at a movie that a lot of people love, and you will find something profound, no matter how silly the film may seem.”

This honesty extended to his own illness, about which he was admirably open, even once he’d lost the ability to speak. His wife Chaz, presented by the film as a woman who shares Ebert’s courage and humanity, pushed him towards writing online, where he found a new voice and a loving audience.  As one contributor puts it: “He’s talking more than ever.”

Life Itself is an interesting and touching documentary about the man who championed criticism as conversation. For Ebert, cinema was not the domain of intellectuals. He saw films touch ordinary people in a profound way, people who argue about movies because they feel strongly about them on an emotional level. The film explores his influence, celebrates his life and flows like a good review. Two thumbs up.