Having resolved the Cold War by beating up Dolph Lundgren, Sylvester Stallone is back in Rocky V. Will Rocky step back into the ring? How will his family cope without their wealth? Why hasn’t this franchise ended yet? 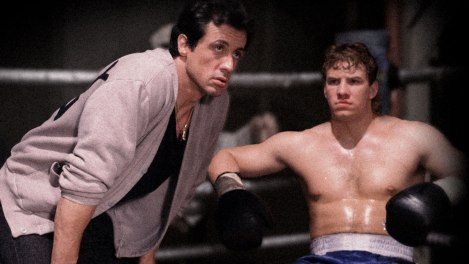 Having grown in tacky extravagance for 4 films now, there’s nowhere left for the series to go – short of sending Rocky into space to fight a giant alien, which might actually have been better than Rocky V. With no characters left to kill off, even though Paulie (Burt Young) is clearly next in line, the franchise hits the reset button. Forced to give up his house, fortune and robot, Rocky must go back to his old way of life in Philly. Why? Because Paulie manages to lose all his money, that’s why. None of this would have happened if they’d just killed him off. 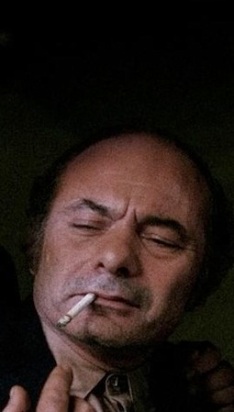 This leaves the question of finding a villain, but the film never really settles on one. There’s upcoming fighter Union Kane (Michael Williams), Don King surrogate Duke (Richard Gant) and street brawler Tommy Gunn (Tommy Morrison), all great names in the franchise that gave us Apollo Creed, Clubber Lang and Ivan Drago. Just minutes after outright refusing to train the eager Tommy, Rocky does a U-turn worthy of British politics – he not only agrees to train him, he invites this stranger into his home. Adrian (Talia Shire) is oddly accommodating, having ceased to be a proper character a few films back. But less happy is Rocky’s son, played by Stallone’s actual son Sage. Imagine if Jackie Stallone was your nan. 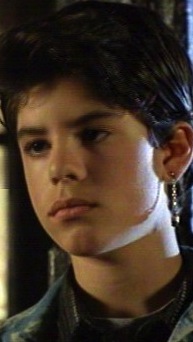 Look, he’s completely off the rails.

Feeling neglected by his dad in favour of Tommy, Rocky Jr. rebels and gets an earring – lazy shorthand for falling in with a bad crowd. The Rocky franchise was once the heavyweight of cinematic shorthand, but now we don’t even get a proper training montage. That this film breaks from the template of the other movies is admirable in a way, but why change a winning formula? Stallone passes directorial duties back to John G. Avildsen, probably to recapture the blue-collar setting of the original Rocky. This allows Stallone to remember how to actually play Rocky, stepping back into character for the first time since Rocky II. But this isn’t enough to save a film that makes you look back on Mr. T’s performance with something of a nostalgic glow.

The disjointed and uninvolving events of Rocky V are the death throes of a franchise that should have thrown in the towel many movies ago. Like Rocky himself, these films keep coming back when it’s head-pummellingly obvious that they should just stop. What with the brain damage and everything.

One response to “Rocky V”