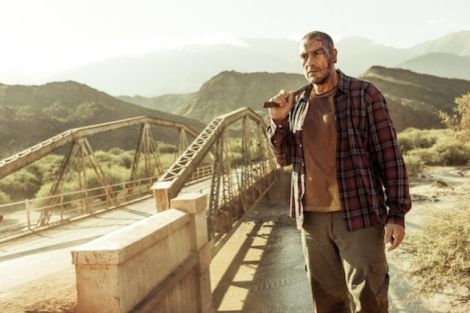 As always in portmanteau movies, some segments are better than others – but each one is funny or violent, often both. Each wild tale is wilder than the last, sharing themes of vengeance, class and cars. Traffic must be a big issue in Argentina.

But the film’s targets are universally recognisable, subverting the worst aspects of everyday life – money, parking tickets, weddings. As suggested by the animal-centric title sequence, the film is about the wildness of human nature.

Produced by Pedro Almodóvar, the film is sharply written and directed by Damián Szifron. There’s great music by Gustavo Santaolalla, the Argentine composer of Oscar-winning scores for Brokeback Mountain and Babel – in consecutive years.

The performances are also strong, including Érica Rivas as the bride, Diego Velázquez resembling Robert Downey Jr., and Ricardo Darín who was in The Secret in Their Eyes.

This is a superior picture, also surpassing last year’s A Touch of Sin – a Chinese portmanteau movie whose stories also end in violence.

Aside from the bad timing of the film’s opening aeroplane sequence, Wild Tales succeeds as a twisted comedy. It’s political, irreverent and funny, culminating in the worst wedding since Chris Martin and Gwyneth Paltrow’s. I just assume it was awful.