What is it with boxes in horror? Mulholland Drive, The Box, Deal or No Deal… But there is none more terrifying than the puzzle box of Clive Barker’s Hellraiser; a box that holds the ultimate pleasure (Hellraiser) and pain (Hellraiser II). So turn out the lights, turn them back on again so you can read this, and come with us for a hellraising double-bill.

One Direction in 20 years.

Based on his novella The Hellbound Heart, Barker’s surreal story is strikingly inventive; so much more creative than the traditional set-up whereby a family moves into a creepy house and creepy stuff ensues – though both those things do happen. But instead of boring ghosts or CGI demons, Barker summons weird and wonderful creations from the darkest depths of his disturbing imagination.

It’s a genuine thrill to watch so many frightening characters vying for space in our nightmares. There’s the S&M-gone-wrong Cenobites, the evil stepmother Julia (Clare Higgins) and the attic-dwelling Uncle Frank (Sean Chapman) – and while the iconic Pinhead (Doug Bradley) is the movie’s posterboy, Frank is the true villain of the piece; short on skin but full of menace.

The imaginative design and grotesque effects are beautifully accompanied by Christopher Young’s orchestral, infernal score, which was also used in Old Harry’s Game, Andy Hamilton’s radio sitcom set in hell. Although the industrial band Coil wrote the original soundtrack (positively described by Barker as “bowel churning”), this was rejected in favour of Young’s majestic music, which sounds a bit like an evil version of Harry Potter. It’s not just one of the best horror soundtracks; it’s one of the best movie scores.

This is all underpinned (geddit?) by themes of family and desire, making it unforgettable and unlike anything else out there. Wherever that may be. The characters speak in a mixture of American and British accents, making it disconcertingly difficult to pinpoint (oh forget it) whether the revolting old house is located in America, England or just in Clive Barker’s warped mind.

Some dubbing into American and the use of a fairly boring teenage girl protagonist (Ashley Laurence) look like attempts to steer the movie towards a wider slasher audience – Barker also had to make cuts to the movie after the MPAA gave it an X rating; he talks about the censors preferring violence to explicit sex, adding: “The MPAA told me I was allowed two consecutive buttock thrusts from Frank but three is deemed obscene!”

Regardless, Barker’s film is a nightmarish puzzle box of a movie, that transcends its small budget with big ideas. It can be viewed as a twisted fairytale, a Cronenbergian psycho-thriller or an Elm Street-style slasher. But Hellraiser is its own beast; a fantastic carnival of terror that will scare you out of your skin and into someone else’s. 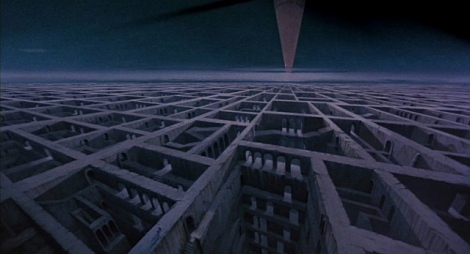 The first of many sequels, Hellbound: Hellraiser II continues the tale of the Cotton family (freakish enough by this point to give the Texas Chain Saw family a run for their money) as they “do a David Cameron” and go to hell. But Barker (who gets a “story” credit) neither writes nor directs, and without his auteurist control, the film is a bit all over the place like scattered limbs. While the original came from Barker’s desire to tell his strange story, this feels like a creatively hollow bid to extend the franchise.

Like the Elm Street sequels, it ramps up the special effects without bringing any new ideas, while attempting to explore the backstories of our villains – the problems being a) this makes them less scary and b) we don’t really care how Pinhead became Pinhead. Presumably some sort of freak acupuncture accident.

Rather than the disgustingly designed house of the first film, the action moves between an unremarkable new house, a Garth Marenghi’s Darkplace hospital, and hell – brilliantly rendered to resemble an M. C. Escher construction. There’s also more of Christopher Young’s wonderful soundtrack, particularly the music box version of the main theme.

But despite some strong aesthetics and a great bit involving a mattress, there’s little beneath the flayed skin. While the original had unsettling subtext about adultery, Hellbound barely has enough ideas to sustain our interest over 90 minutes. The first act is spent playing catch-up from the first movie, so if you’ve seen the original (as you should), you can skip the first half-hour. And then the last hour.