Inside Out is the latest film to be set in San Francisco; seemingly the setting for every film of 2015, from Ant-Man to San Andreas. Apparently Hollywood screenwriters can’t imagine anything exciting happening outside of California. 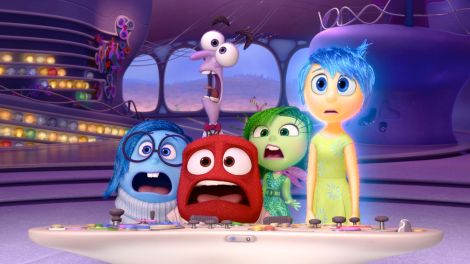 As with every Pixar movie, the film is preceded by a schmaltzy short; this time a ukelele-filled nonsense called Lava, about a lonely volcano falling in love with a lady volcano. So far so creepy. Our feature presentation follows, and we’re introduced to the emotions that control a young girl’s brain using a series of levers and buttons; there’s Joy (Amy Poehler), Sadness (Phyllis Smith), Fear (Bill Hader), Disgust (Mindy Kaling) and Anger (Lewis Black). Brits will instantly recognise this idea from The Beano strip The Numskulls, who have responded in style; certainly more style than is displayed in this film, which is a bit of a headache. Appropriately enough. 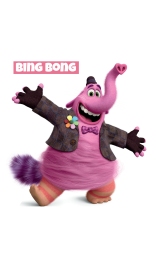 The candy-coloured visuals and acid-trip storytelling make for a diverting and amusing movie. The anthropomorphised emotions are funny, but not funny enough to match vintage Pixar. Co-writer/director Pete Docter already executed these ideas more effectively in Monsters Inc., while certain characters are just annoying; Bing Bong (Richard Kind) is the stuff of nightmares. Really annoying nightmares. The film’s message about the importance of sadness is cute and comforting, but there are no attempts at subversion; Joy is white and pretty, Sadness wears glasses like a Hollywood dork and the nuclear family saves the day. But this is Disney, whose business rests on the status quo.

Inside Out is being hailed as Pixar’s return to form, which just means that it’s better than films like Monsters University and Cars 2. It is garish fun and the end credits sequence is particularly funny, but we’re never moved. It’s ironic that a film all about emotions fails to engage us emotionally; the concept demands that the protagonists are single-characteristic devices, rather than rounded characters. Generally lacking in comedy, connectivity and originality, this is basically South Park‘s Imaginationland meets Tron. Where’s the button for Mild Disappointment?

5 responses to “Inside Out”