I remember hearing a story about one of Mel Gibson’s parenting tactics. He’d put dummy heads (from film sets) on spikes, and when his daughter’s boyfriends came to pick her up, he’d point at the heads and say: “Have her back by 12.” Mel Gibson seems to be channelling this character (let’s call him Mel Gibson) in the new thriller Blood Father. 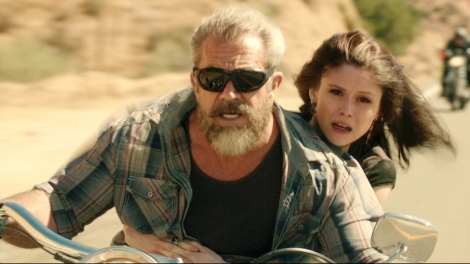 The film’s premise could have been produced by Exploitation-Movie-Bot-4000: an alcoholic ex-con living in a trailer (Gibson, naturally) must protect his estranged teenage daughter (Erin Moriarty) from drug dealers. It has a Chuck Logan-esque title, plays out a little like Homefront and benefits from a similar level of characterisation, which makes Gibson’s old-man rampage (or ‘grampage’) worth watching. More so than the Liam Neesoner Taken, this film successfully establishes both the father and daughter, whose relationship is as tense as the action. 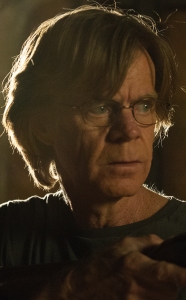 Gibson himself is terrific as the crazy dad (Bryan Cranston must have been busy), sporting a beard that makes his face look the same upside down as the right way up. He’s looking increasingly Australian with age (the ‘Russell Crowe Effect’), dominating the screen with his burly physique, wild eyes and gruff voice, shouting expletives and pulpy, un-PC dialogue. Moriarty works well alongside him, while William H. Macy shows up looking like Grateful Dead bassist Phil Lesh.

It may be unoriginal and unrealistic, ram-packed (as Jeremy Corbyn would say) with bad bad guys, slightly less bad good guys, and more clichés than swear words. But placed firmly within its grubby genre confines, Blood Father is well written, acted and directed, with violence used sparingly and a healthy emphasis on character. This is old-school, stripped-down, full-blooded exploitation cinema, as pulpy as Jarvis Cocker and as subtle as a head on a spike.

One response to “Blood Father”