We take a look at anime classic Ghost in the Shell, ahead of its upcoming live-action remake – even though there’s basically already been one. It’s called The Matrix. 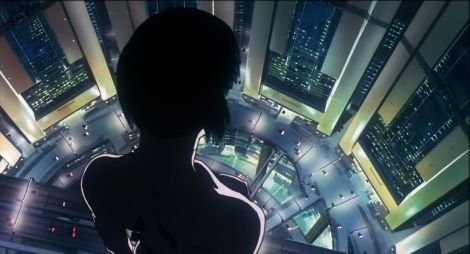 Japanese animation caters to every possible audience, from the kid-friendly cuteness of My Neighbour Totoro to this distinctly grown-up sci-fi. In it, a robot cop (or RoboCop, if you will) and her crew pursue a hacker called the Puppet Master.

Like The Matrix, you’re unlikely to understand the plot it on first viewing – and like Akira, the same goes for the second viewing. The story is so densely packed with ideas and dialogue that it can be quite confusing, particularly if you’re unaccustomed to this kind of Japanese movie. 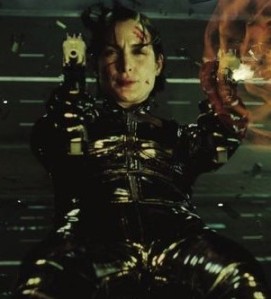 Ghost in the Shell

But the film’s philosophical themes are indestructible, exploring what it means to be human in a visually stunning way. It offers a beautifully designed and intelligently conceived vision of the future where humans and robots have become so intertwined that most people are, to varying degrees, some combination of both. Meanwhile, the hacking elements make this 1995 film feel more relevant than ever. 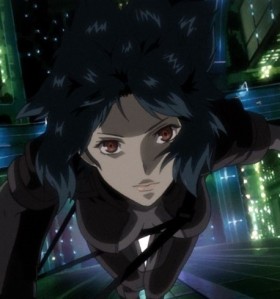 With its cyberpunk/tech-noir shades (and we’re not just talking about the sunglasses), the film echoes The Terminator and Blade Runner, with Philip K. Dick pulling all the strings like the movie’s true Puppet Master. Throw in some cool Japanese music, exhilarating visceral action and naked lady robots, and you’ve got yourself the most innovative and confusing hacking movie since Tron.

The Wachowskis reportedly showed the film to their producer and said “We wanna do that for real,” applying many of its thematic, visual and narrative components to The Matrix. And given the staggering amount of post-Matrix movies that tried to emulate the Wachowskis’ style, Ghost in the Shell‘s influence cannot be overstated.

Whether or not the Hollywood remake is warranted remains to be seen. The casting of Scarlett Johansson has led to accusations of whitewashing – but considering she’s playing a robot, she’s probably the perfect choice.