Kathryn Bigelow (European Gigolo, to use her full name) re-teams with writer Mark Boal for this uncompromisingly realistic dramatisation of Detroit’s 1967 riot, focusing on the murder of three young black men by police. 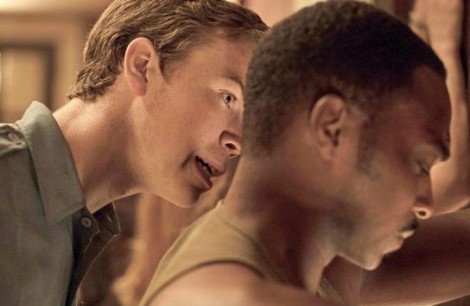 No one does muscular, realistic violence quite like Bigelow, and Detroit is her most accomplished work to date (with the obvious exception of Point Break). As though atoning for the morally dubious Zero Dark Thirty, she puts the gut-churning police brutality in no uncertain terms. Pressing and confrontational, this 2.5-hour film is marked by real-time intensity and political urgency. Although set 50 years ago, Detroit is clearly about now.

It revolves around a brutal “interrogation” sequence and a pair of powerful performances from actors you wouldn’t realise were British: John Boyega and Will Poulter, with his Hugo Weaving eyebrows and face like a fist (to borrow Kim Newman’s description). The use of music is also significant, heavily featuring John Coltrane and Detroit’s own Motown (named after the Motor City itself). The movie echoes what Chasing Trane had to say about African American music as a political response.

The result is like Motown: The Musical meets The Last House on the Left. If anyone wants to see what a Kathryn Bigelow version of a music movie looks like, put your hands up for Detroit.