When a small fishing town is attacked by vengeful ghost mariners shrouded in glowing fog, it’s up to a handful of townsfolk to thwart this malevolent cloud of seamen.

John Carpenter’s 1980 chiller stars Adrienne Barbeau, Tom Atkins and 2 generations of scream queens in the form of Janet Leigh and her daughter Jamie Lee Curtis. This is Curtis’ second film, and is structurally similar to Halloween, her previous Carpenter movie. Once again, the scene is atmospherically set on the anniversary of a murder – only instead of the perpetrator coming home, it’s the victims. And some fog. Under the cover of this mist, the murdered fishermen return to land to reclaim their stolen gold, which I guess makes it a booty call. 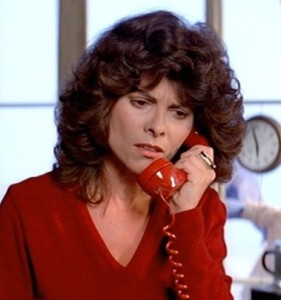 The problem is that neither fog nor fishermen are particularly scary – unless you’re, you know, a fish. And if anyone could make us believe in such an inescapably silly antagonist, it’s the man who would later bring an evil car to life in Christine. In contrast to that B-movie masterpiece, Carpenter’s well-crafted tension dissipates, the payoff disappoints and the outcome is foggetable.

The Fog is certainly more enjoyable than evil fog movie The Mist and evil fisherman movie I Know What You Did Last Summer, thanks to impressive fog effects, Carpenter’s brilliant score and Barbeau in the lead role – but no actor on Earth could sell lines like, “There’s something different about this fog,” and, “Stay away from the fog!” How could anyone find this even remotely scary? I haven’t the foggiest.