This US-China co-production is the worst thing to happen in American-East Asian Relations since the Singapore summit. 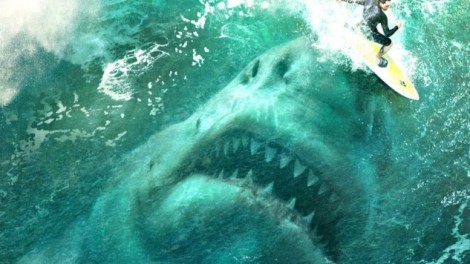 Jason Statham goes back to his diving roots by plummeting to the depths of tedium in The Meg, a shark attack movie about a megalodon (Latin for “really big shark”) and not a biopic of Meghan Markle, despite her recent association with ancient swamp creatures.

Statham plays Jonas (nice Old Testament reference, what’s the shark called, Jews?), a rescue diver pulled out of retirement when a prehistoric jumbo-shark attacks an underwater research facility, its crew and their children. It’s not clear what the kid (Shuya Sophia Cai) is doing on there – presumably it’s Bring Your Child to Work in a Shark Cage Day. 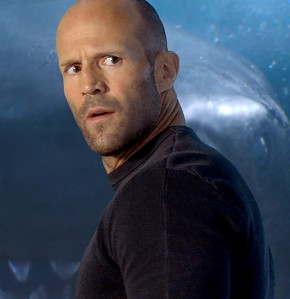 Cai does at least have the excuse of being a child, which is more than can be said for any of the other actors, who between them have about as much charm and charisma as a bowl of shark fin soup. They have to keep telling us that Jonas and Suyin (Li Bingbing) are supposed to be having some kind of chemistry because the only spark we see on screen is when something inevitably goes on fire under water.

Every shark movie cliché is accounted for, in yet another film that manages to have 3 credited writers (and a book it’s based on) but not a single coherent line of dialogue in the entire thing. The tone is misguidedly serious, and only made worse by what must be the most awkward comic relief ever – with the possible exception of that one where Richard Osman did a World Cup of Biscuits.

The whole film is essentially the “There’s always a bigger fish” scene from The Phantom Menace stretched out over 2 long hours. Jon Turteltaub’s directing is so boring and amateurish that you start to wonder if he only got the gig because his surname is an anagram of Tuba Turtle.

This is lazy, cynical cinema, bad in every conceivable way. The acting? Dry. The cinematography? Murky. The shark? Weak. If Richard Nixon could see where his China talks would lead, he might finally know the meaning of regret.