71% of Americans (they asked 2,201 people) want a Back to the Future reboot, according to a Hollywood Reporter poll probably generated by a studio already making the movie.

This is a bad idea for two reasons. Firstly, because it’s a bad idea. Secondly, every reboot in the current cycle has been a Back to the Future reboot on some level. It’s a film based on nostalgia for the 1950s the same way recent remakes have been fuelled by nostalgia for the 1980s – and in all likelihood a BTTF remake would see modern-day characters travelling to the ’80s. 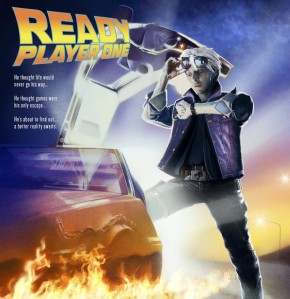 And this doesn’t just apply to remakes (Ghostbusters, It and Baywatch to name a few); films like It Follows, The Strangers: Prey at Night and Ready Player One have all relied squarely upon ’80s nostalgia for their ideas. Then on the TV side we’ve had reboots of Heathers and MacGyver, along with original shows like GLOW and Stranger Things – although the word “original” is stretched in that particular instance.

It’s not that the ’80s were so great (Thatcher, Reagan, U2) but that people who were kids then spend money on this stuff now. Incidentally the Detective Pikachu movie might be the first example of millennial nostalgia; an ironic reboot for ’90s kids (depending on whether you find Pikachu talking like Deadpool ironic or just annoying).

Look at the It remake, inspired by Stranger Things which was itself inspired by the original It – and you’ll see bizarre Ouroboros levels of pop culture eating itself. If Ready Player One was a case of nostalgia for its own sake, a BTTF reboot is one step further: nostalgia for nostalgia. You know what people are really nostalgic for? Original ideas. But that wasn’t an option on the poll.