Ryan Reynolds plays Deadpool, a disfigured mutant who sets out to do to his enemies what he did to Green Lantern. And R.I.P.D. And Blade: Trinity. 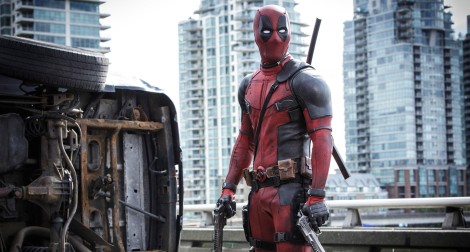 By now, we’ve seen far superior post-modern superhero films: Kick-Ass, Super, The Incredibles… even the self-deprecating humour of Ant-Man, the joyful irreverence of The Lego Movie or the hyperactive energy of The Mask. When Kick-Ass 2 ramped up the un-PC jokes, we went with it because it had earned our trust. All Ryan Reynolds has earned is our loathing.

If you’re going to poke holes in the genre, you better make sure your film is good enough to get away with it. That’s why films like Scream and Galaxy Quest work so well; they subvert convention while also succeeding as movies.

Deadpool is just a bad superhero film. It mistakes slow-motion for style, fast dialogue for wit and glibness for subversion. There’s nothing subversive about the formulaic save-the-girl plot, or the boring villain (Ed Skrein), or the witless parade of dick jokes.

Ryan Reynolds and director Tim Miller have called Deadpool “the first pansexual superhero”, but this is non-existent in the film, whose sole romantic interest is a generic woman (Firefly‘s Morena Baccarin) – a “tart with a heart”, no less. Dead radical, guys.

Maybe this would work with a proper actor, instead of the guy from the Amityville remake. Maybe it just needs a sharper script, rather than a list of nonsensical gags about farts and emojis. And maybe people will find it funny. It’s possible. But as it stands, Deadpool is just dreadful.