Based on a true story, Green Book follows a streetwise Italian American (Viggo Mortensen) who becomes the chauffeur for well-mannered black pianist Don Shirley (Mahershala Ali) during a tour of the Southern states in 1960s America. 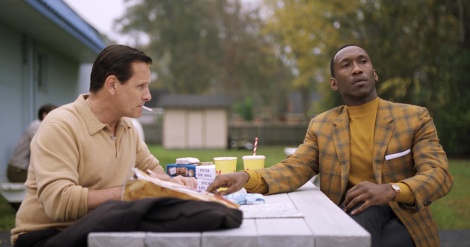 We saw Green Book at one of Cineworld’s Secret Screenings, where you don’t find out what film is showing until the BBFC card comes on at the start. Typically this means they palm you off with some crap you wouldn’t watch otherwise (In the Heart of the Sea, Molly’s Game), but I’m pleased to say that Green Book was an unexpected delight.

It takes its name from the guidebook designed to help black people from the North to travel safely in the South, so unsurprisingly the racial themes run thick and fast. But while it is a film about racism, including the obligatory police harassment scene, it goes deeper than this, exploring identity and belonging in far more detail than it might have done.

Ali is excellent as legendary pianist Don Shirley. With his softly spoken manner, sharp suits and penchant for night-time drinking he reminded me of Frank Bruno, particularly during his Louis Theroux interview. He’s initially very uptight, somewhat condescending towards his new chauffeur Tony and consequently hard to warm to. But as the film develops he loosens up and we get to know him better. 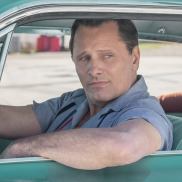 Mortensen is superb as the rough, tough odd-job man with a huge appetite, stopping short of caricature. It’s not a story of an ardent racist being won over. Tony is certainly ignorant, and prone to stereotyping, but is also fine with working for a black man, even with the second hand racism he’s subjected to as a result.

Story-wise it’s a fairly simple road movie, but the film gets by on the strength of its main characters and the believable chemistry between them. The result is highly enjoyable, managing to be humourous in places, and eventually winning the audience over, just at the characters are won over by each others’ charms.