Youngblood Priest (Ron O’Neal) is a Harlem coke pusher who decides to go straight after one final score: selling 30 kilos of cocaine in 4 months for $1 million. Talk about a pension plan. 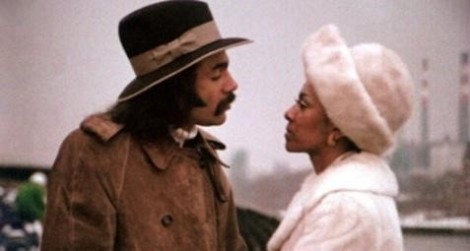 Released in 1972 at the start of the blaxploitation cycle, Super Fly is as cool as its name suggests, thanks largely to its iconic soundtrack which ranks among Curtis Mayfield’s finest work. The catchy, funky songs match the Harlem action to perfection, gratifyingly directed by Gordon Parks Jr., whose father directed Shaft the year before. Along with writer Phillip Fenty, he crafts an engrossing Jackie Brown-style story fuelled by a combination of cocaine and an authoritative lead performance by O’Neal as Youngblood Priest, a truly great character name. 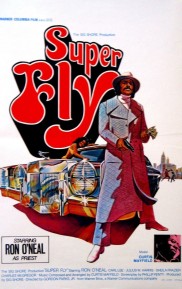 Super Fly conveys a real-world image of crime without glamorising the lifestyle, showing the consequences of Priest’s actions in violent slow-motion. The sex scene is shot similarly slowly and in extreme close-up, making it resemble an Ohio Players album cover. Parks Jr. then cuts straight into a bloody fight scene, juxtaposing the tender relationship Priest enjoys with his girlfriend Georgia (Sheila Frazier) with the brutal reality of the lifestyle he’s desperate to quit. Whether he even has a choice in the matter is discussed within Fenty’s script, with his partner Eddie (Carl Lee) arguing that crime is the only avenue open to black men, and Priest making the conscious decision to change his course.

It also has the distinction of being the first Afrocentric film to be shot by a non-white crew and financed entirely by African-Americans, including local Harlem businesses, recognising in the project a fine calibre of crime cinema.