This concert, hosted by the South Bank Centre, is a programme of all things Steve Reich, performed by the London Sinfonietta.

For a minimalist work, the venue was rather maximalist, with the vast Royal Festival Hall packed to the rafters with fans of music’s first Reich.

The show opens with Clapping Music, which is performed by two percussionists with nothing but their hands. Starting out in a simple, united rhythm, one of the clappers alters their timing to create a phasing effect which gives the sense of radically altering rhythms throughout. 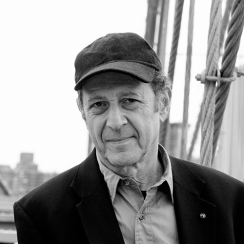 This sets the tone, since Reich’s instrumental compositions often use this same concept, albeit in a more intricate and elaborate way. It’s followed by Runner, a further amuse-oreille for things to come, played by the full London Sinfonietta (with instruments).

Then the main event. The epic hour-long centrepiece starts slowly, building on simple repeating tones, introducing many elements which enter and leave the piece in different combinations throughout. It’s a feat of stamina for the musicians, some of whom rotate in playing the same rhythm on their xylophones and marimbas, presumably to stave off either RSI or insanity.

But the ends justify the means. The 18 musicians (I counted) are used to their maximum potential as multi-instrumentalists switch around as the piece progresses. In fact it has been known to be played with more musicians due to the complexity of co-ordinating this. Like much of Philip Glass’s work the music sounds digitally produced yet uses only acoustic instruments. It’s impressively done, and gives it a decidedly other-wordly quality that sounds like it’s been picked up by a NASA satellite from a distant star.

Yet it also has a warm and welcoming tone which draws you in until you’re completely immersed. By the end you’re left feeling less like you’ve sat through a musical performance than you’ve been transported on a journey through a wormhole in which you lose perception of time and space. So a pretty good use of fifteen quid.