This follows the famous author (Nicholas Hoult), taking us through his life before Lord of the Rings, covering as much ground as possible without risking copyright infringement, in this unauthorised biopic.

It begins with the death of his mother and his enrollment at King Edwards, a prestigious public school and even better potato. Here he makes friends with three boys (Anthony Boyle/Adam Bregman, Patrick Gibson/Albie Marber, Tom Glynn-Carney/Ty Tennant), who share each others’ intellectual curiosity, eventually going on to Oxford. 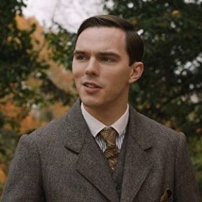 The process of building one of the richest and most thoroughly considered fantasy worlds ever is probably the most interesting topic of a film about Tolkien. But since it apparently lacks permission to make any specific references to his work, it instead focuses on his successes as a student, and, fleetingly, his experiences in the First World War.

The result is more Dead Poet’s Society than Lord of the Rings, focusing on the group of privileged and fairly hard-to-warm-to public school boys. The best bits of the film feature Tolkien talking in one of his many tongues or discussing the virtues of language. But these moments are few and far between, with scenes more often featuring clumsy foreshadowing of his literary greatness.

It somehow manages to feel longer than the extended Lord of the Rings trilogy, and it’s incredible that a film which spends so long discussing great music, poetry and literature feels so wet. By the end of the two hours in Yawndor you’ll be bored of the rings and wish you’d Reuld out ever going to see it.