Woody (Tom Hanks) and Buzz (Tim Allen) are back in this forkuel following Andy’s toys as they’re passed on to Alita: Battle Angel.

The Toy Story trilogy concluded pretty perfectly almost 10 years ago, making this sequel superfluous at best. The plot (involving a MacGuffin in the form of a spork with the voice of Buster Bluth) feels more like a side adventure or a bonus short, while Pixar’s usual pre-movie short is missing here. An overall lack of ideas and variety means we miss the all-age appeal of the original picture, with none of the weirdness of Sid’s bedroom or the existential threat of the last film. The scariest thing here is John Lasseter’s name in the credits. 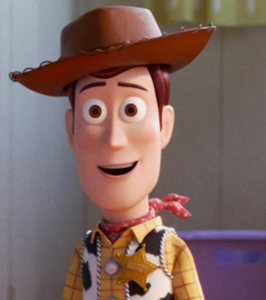 Instead we get a sweet-natured adventure overstuffed with sentimentality and recycled character beats, boasting flawless animation but never matching the fun of last year’s Incredibles sequel. Keegan-Michael Key and Jordan Peele’s fairground characters make little impact (other than to imply a stealth prequel to Us), but Keanu Reeves gives what must be his most expressive performance ever despite the plastic face.

Toy Story 4 isn’t a bad film, it’s just that we already said goodbye to these characters in Toy Story 3 and made peace with death in the process. Pixar apparently thinks the series can go to infinity and beyond but it seems to have done all it can, now appearing past its shelf-life, quaint and analogue (toys that don’t harvest children’s data? What is this, the ’50s?) particularly in light of the hyper-digitised and immensely enjoyable Lego movies. And this town ain’t big enough for the two of them.