Ron Howard takes a whistle stop tourandot of the most iconic opera singer of the 20th century (apart from Florence Foster Jenkins, obviously), examining his voice, relationships and career, and the heart that was as big as his lungs. 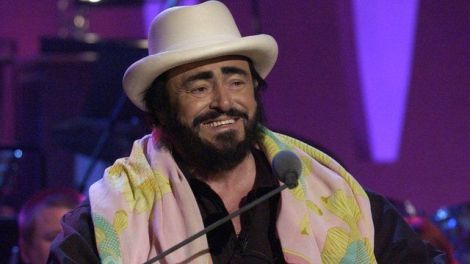 The film features a decent amount on operatic technique in its first half, as renowned singers explain how a voice is constructed and we see footage of the Master of the High Cs coaching younger performers. But the remarkable feat of becoming a global household name, and as much an embodiment of opera as Einstein is of science, comes not just from the soaring emotion of his singing voice, but his larger than life personality.

Opening at an impromptu performance in the Amazon, Howard takes us through the Maestro’s early life, breakout roles and reach beyond opera’s usual audience, as well as his charity work, marriages and death, hitting every note perfectly. We see how he leapt into the stratosphere of world fame, meeting Kofi Annan, Nelson Mandela and even performing for John Major.

Told through interviews with many of Pavarotti’s close family, friends, associates, Bono, and even the other two tenors, Kelly and Michelle, it captures his sense of humour and ability to put people at ease, as well as his humility and insecurity. Featuring many of his finest performances, he apparently felt nervous before every one, and the wave of relief that washes over his face after a successful aria is palpable.

It does sort of let him off the hook for his affairs, and while his first wife appears to have forgiven him, a sucker for his natural charm and beaming smile, the documentary stops short of any criticism, his deceit explained away as part of the turbulent life of an opera singer. Yet it’s a thorough, emotional and insightful look at a true icon, and well worth a watch while you have the operatunity.