Lula Wang’s The Farewell concerns a Chinese-American family keeping its matriarch’s terminal illness a secret from her, like Goodbye Lenin but set in the real world.

“Based on an actual lie” from Wang’s own life, the drama feels personal and lifelike; the disarmingly realistic characters often don’t know what to say to each other and one of them goes to the toilet at one point, the poignant naturalism a world away from the family melodrama of films like What They Had and Beautiful Boy (though he does go to the toilet a fair amount in that too). 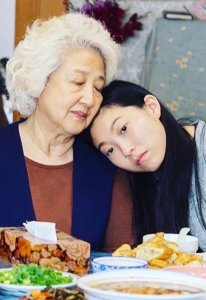 This makes for an interesting and endearing discussion of dislocation, communication and the bonds of humanity, reminding us that life would be dull if we all expressed ourselves the same way. The Farewell reassures that whether you laugh, cry or start speaking exclusively in ice puns, there are lots of ways to grieve – especially if you want to ruin someone’s funeral.