Dodgy codger Roy (Ian McKellen) sees easy prey in wealthy widow Betty (Helen Mirren) when they meet on a dating site for people of advanced years, but will he go through with his scheme or has he met his match.com? 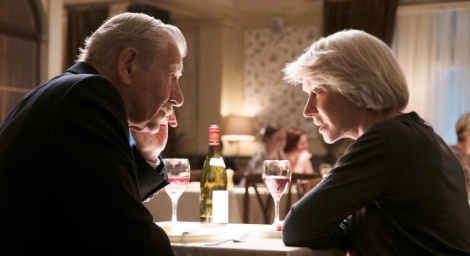 The Good Liar is a good slice of grade A nonsense with a sensational plot full of outlandish twists that you may or may Nazi coming. Its implausibility is so overwhelming it makes Liar Liar look like a documentary, which makes an odd but not displeasing juxtaposition with the seasoned thesps at its core . 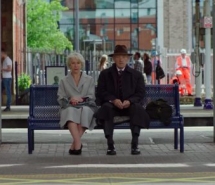 And in spite of looking like a BBC Four drama it goes pretty hard on the geriaction with McKellen effing, blinding and violently assaulting people as the grifting grandpa. But his charms are unassailable even as the decrepit crook, helping to make their relationship the most believable aspect of the film.

Helen Mirren brings depth to Betty, while Russell Tovey does his best as her PHD student grandson even though his character makes no sense. The result is a moderately intriguing thriller whose central performances elevate it from comical excess to a film as indifferently good as its name.