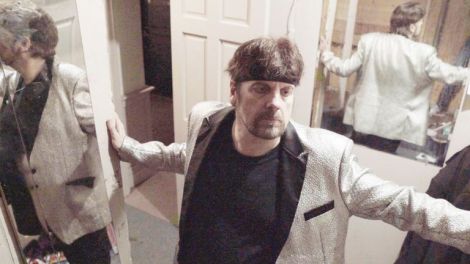 The Amazing Johnathan Documentary is such a film, Ben Berman’s director credit itself an act of misdirection. Ostensibly a doc following the eponymous, terminally ill magician on a comeback tour, it’s more like a magic trick directed by the illusionist himself. The extent to which Berman is in on it is unclear, though his unlikely naivety and prior work on prank show Jon Benjamin Has a Van would suggest he’s deliberately playing dumb. This makes for an entertaining but frustrating movie, since Berman either doesn’t know how to make a documentary or is deliberately doing a bad job.

In any case, there is something interesting going on somewhere, even if the movie seems unsure of what. Even if Berman isn’t clueless then he’s certainly aimless, waiting for Johnathan to provide the next development or turning the camera round on himself and his family, another documentary trope so hack it feels sarcastic at best. It feels a bit like an episode of Nathan For You (Jon Benjamin Has a Van‘s successor) but one directed by Nathan the character. Like a magic trick, The Amazing Johnathan Documentary is diverting and leaves you unsure of what you’ve seen, but it’s a long way to go for little pay-off.