When a nuclear sub goes missing, the crew of  a deep sea oil rig are enlisted to help secure the missiles. But they end up in a fight for survival when strange life forms start to intervene with the mission.

Fresh off the back of The Terminator and Aliens, James Cameron was in a position to do whatever he wanted, which for him means making a film set at the bottom of the ocean so he can do lots of deep-sea exploration and bill the studio for it. As as result it’s basically a space movie which happens to be set under water.

It begins very much like Alien, with a crew of deep blue collar workers on the cold steel vessel. There’s the obligatory mad crew member (Michael Biehn), and it looks like it’s shaping up for them all to be picked off one by one. But it turns out the aliens have good intentions, and the efforts of the crew are dedicated towards preventing an intergalactic Cuban Missile Crisis rather than dealing out Aliens-style vengeance.

The film is far too long, but Cameron is in comfortable territory. He knows how to write a film like this and pack it full of tension, claustrophobia and characters we can really believe in. And compared to an irredeemable piece of sea-sludge like Deep Blue Sea you can really see the expertise which has gone into it. 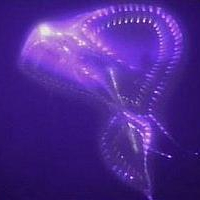 The fast-paced camerawork on the vessel’s tight corridors helps us into their mindset, and really filming it at the bottom of a former nuclear cooling tank adds to the sense of psychological torment. It also benefits from excellent special effects including an early CGI creature which foreshadows the liquid metal man of Terminator 2.

The ending is an A.I.: Artificial Intelligence style flight of sentimental, alien-based fancy, but like that film it’s so sincere, and has swept you along so emphatically, that it’s easy to forgive its heavy-handedness.