The pandemic has been devastating for jazz, both in closing down a predominantly live art form and killing a significant number of legendary musicians. This new documentary spotlights the iconic and currently open London jazz club Ronnie Scott’s, which blazed a trail for the international jazz scene – and not just because it had table service before it was required. 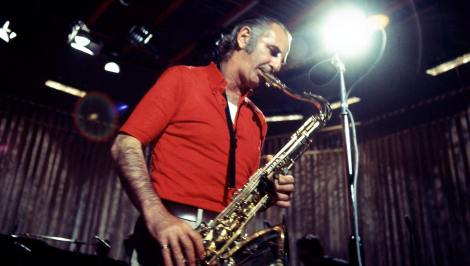 Ronnie’s offers both a potted history of modern jazz and a biography of the nominally famous but surprisingly unknown Ronnie Scott, charting his journey from the Jewish East End to the swinging West End. In the late 1940s the saxophonist took a job playing on a boat to New York just so he could see Charlie Parker and Dizzy Gillespie play on 52nd Street, and on the voyage home dreamt up the club he would run until his death in 1996, never losing that sense of awe upon hearing his heroes.

Opened in 1959 in the heart of Soho, the club became the British epicentre of contemporary jazz, welcoming the first American musicians to play European residencies – not including famous sax player Art Pepper, who had been in London in the ’40s but in his official capacity as a military policeman and drunk. Scott facilitated this reverse British Invasion, exchanging the Rolling Stones for Sonny Rollins, and replacing the “petty felons” Scott used to work for in the music business with actual Soho gangsters.

This was a venue run for musicians by musicians, and Scott’s love of those players, his warmth and sense of humour shine in illuminating interview footage – “Only an idiot would go into the jazz club business.” Alongside his best friend and business partner Pete King, Scott walked a financial knife edge (hardly helped by his gambling habit), but the documentary discloses a wealth of riches. The performers are too numerous to list but they include Miles Davis, Ella Fitzgerald and Jimi Hendrix two days before his death.

Director Oliver Murray combines valuable archive material with voice-only contributions from Quincy Jones, Gilles Peterson and Michael Parkinson. Deeply moving and often funny (at one point Scott says “Some of the finest musicians I know are completely hopeless as human beings,” then it cuts to Van Morrison), Ronnie’s celebrates the longevity of a venue that has survived against all odds and keeps its fires burning for the greats who passed through its doors on their way to artistic immortality. And there’s a nice udon place next door.