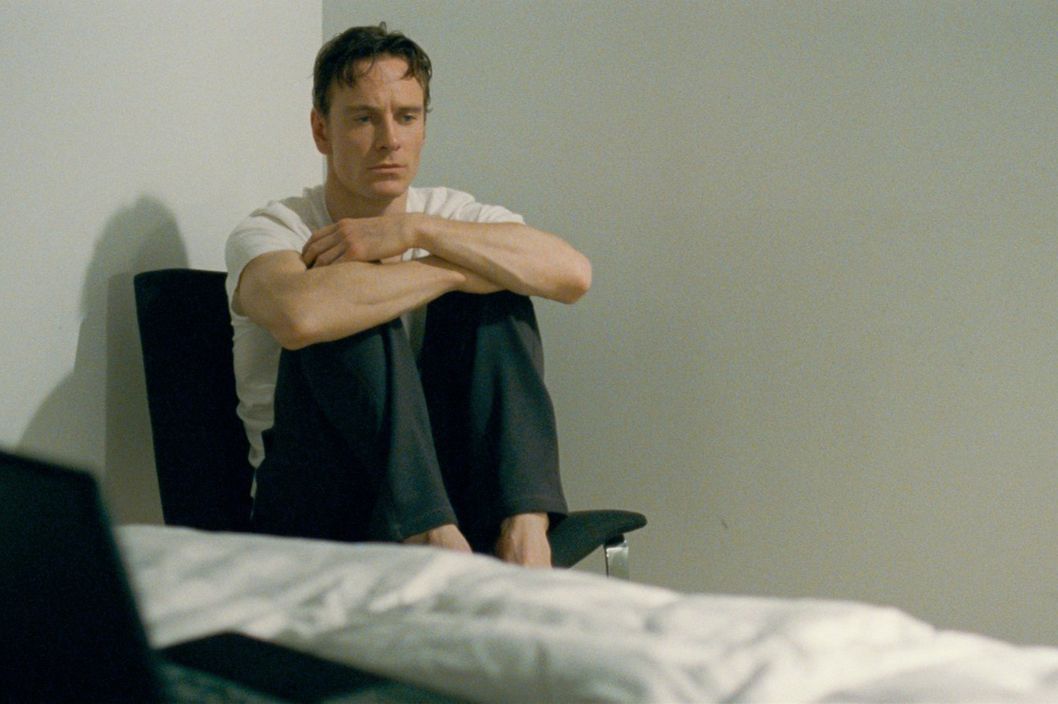 Shame is like a stripped back American Psycho. Its main character, Brandon (Fassbender) lives in a minimalist yet stylish New York apartment and has a high-paying desk job to feed his hedonistic night time exploits. It’s stripped back in the sense that it’s much shorter, with fewer characters, and more nudity, but also in the sense that rather than focusing on the entire culture of a wealthy section of society, its focus is on only the condition of sex addiction and the effect it has on one man.

It’s also less fantastical than American Psycho, with a much more realistic, stark and empty feel. But the two are alike in their often shocking content and their examination of pleasure at any cost.

One of the great things about Shame is how non-judgemental it is, but this strangely results in the film being almost pornographic in places. In a film about sex addiction, it may have been tempting to make the sex look grimy and unpleasant to reinforce its point, but McQueen avoids this.

It also oddly seems to show few negative consequences of the condition. This may sound odd as it it shows in some detail the impact on Brandon’s sister Sissy (Carey Mulligan). But this hardly seems to be a consequence of his sex life. He throws her out of his flat, sure, and part of this is connected to his anger at her seeing the sexual side to him, but being annoyed at an uninvited intrusion into one’s private life hardy seems to be a sole product of sex addiction.

This lack of obvious, serious consequences of the addiction, aside from the apparent emotional emptiness in Brandon’s life, again seems to come from a desire to avoid being judgemental. By comparison, Requiem for a Dream, while excellent, goes down the route of showing three people who take drugs and the ridiculously over-the-top consequences of this in a way that is designed to be as unpleasant as possible. Perhaps the makers of Shame did not want to appear anti-sex in the same way the makers of Requiem for a Dream were clearly anti-drug.

In fact, one can even question whether or not Brandon is an addict at all. Addiction begins at the stage when the pursuit in question impacts negatively on the sufferer’s ability to live a normal life. In the case of Brandon he goes to work, goes on dates and is wealthy enough to feed his addiction when he needs to. If his deteriorating relationship with his sister isn’t related to his obsession he may not even be a sex addict. But this only adds to the central debate of the film, and makes it more interesting than a straight-up warning tale.