A car salesman (William H. Macy) arranges to have his wife kidnapped so he can claim the ransom money from his wealthy father-in-law to pay off his debts. But things go awry when the criminals he hires prove to be incompetent and a resourceful local police chief is on the trail. 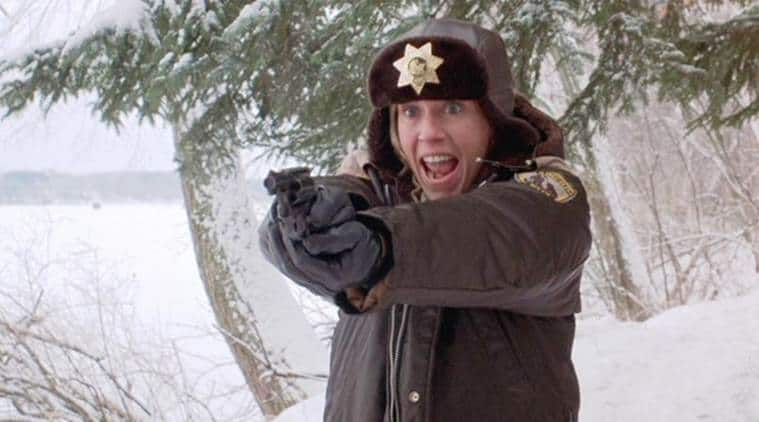 Fargo is a quirky little film from the Cohen brothers that’s quite hard to place. It’s a great thriller, for sure, even if it resorts to wiping out characters rather than developing the plot further. But it’s the tone that’s harder to pin down. Whereas The Big Lebowski is a comedy, even if not a very funny one, Fargo has a light tone, without being overtly comedic, but that occasionally borders on the surreal.

The main detective in the town of Fargo is a heavily pregnant woman by the name of Marge, or Margie, played by the brilliant Frances McDormand. She’s not exactly ditsy, as she conducts her investigation with the utmost professionalism, but also does so with a mumsy charm. She talks like Sarah Palin, but also has an oddly profound moment near the end of the film when she reflects on what’s taken place. She’s certainly a refreshing break from hard-nosed seen-it-all big city cops and steals the show, even up against bigger names like Steve Buscemi.

Buscemi does his usual thing, and Will Sampson from One Flew Over the Cuckoo’s Nest pops up as well. William H. Macy is also brilliant as the hapless, initially sympathetic car salesman Jerry. The dialogue is brilliantly written and while not laugh-out-loud funny it’s certainly intriguing and unusual. And it’s also a great thriller, with a good quality crime plot.

Fargo is a fantastically clever and well-penned crime thriller and a great piece of violent entertainment with enough heart to see it through.