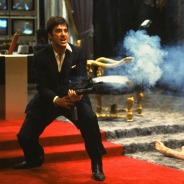 There are lots of great actors out there who aren’t always in great films. Robert De Niro’s most successful film isn’t The Godfather 2, Taxi Driver or Raging Bull but Meet the Fockers, which is also top on Dustin Hoffman’s list. Al Pacino’s biggest success isn’t Donnie Brasco, Scent of a Woman or Scarface but Ocean’s Thirteen. It’s hardly surprising that sometimes we know great actors from their lesser work first, particularly for those of us who grew up in the 1990s.

Here are some renowned actors and the movies we knew them from first. 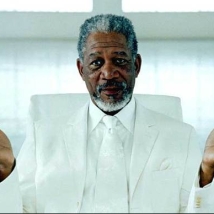 Morgan Freeman has a voice that lends itself to wistful voice-overs, made iconic by The Shawshank Redemption, so when you’re casting the role of an infinitely wise overseer of human activity, he seems like a natural choice. This has led to the creation of a generation of film watchers who still refer to Freeman as “God” in their head when he’s on screen, which can get confusing. “What’s God doing in prison?” “Why’s God driving that old white woman about?” “Why does God appear to exist?”.

It’s been said that the golden rule of acting in a Muppet movie is to never acknowledge that you’re in a Muppet movie, which is certainly what Michael Caine manages to do as Ebeneezer Scrooge in this Muppety adaptation of the classic Dickens tale. A family favourite, it’s unsurprising many will have first been familiar with this rather than abortion-heavy drama Alfie, Cold War spy thriller The Ipcress File or war film Zulu. Similarly more people know Kermit the Frog from his Muppet work, rather than his starring roles in Interview With the Vampire, Magnolia and Eyes Wide Shut.

“Enough is enough. I have had it with these mutherfucking Sith Lords on this mutherfucking space ship” is a line that would have automatically made the Star Wars prequels several times better. Instead George Lucas’s famously awful scripts completely fail to take advantage of having the world’s coolest man in them. But even though Mace Windu isn’t the galaxy’s best written character, Jackson’s charisma and presence still make him memorable. Regrettably myself and many other people will, for a long time, have recognised Jackson as “him from Star Wars“. At least we’re not as bad as the people who recognise him from The Matrix. 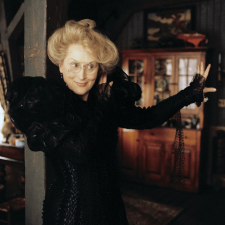 By the time I was 13 I should really have seen a proper Meryl Streep film, yet in spite of her long and distinguished filmography the first thing I saw with her in was this dark kids film about some orphans who have to live with a variety of strange relatives. Streep stars opposite Jim Carrey, who I also knew from his lesser work first. For me, Carrey will always be The Grinch, rather than any of his characters in high quality films like Dumb and Dumber, Ace Ventura and The Mask. AC

Hi, Dan here, stealing Alex’s idea and muscling in with two of my own. For most people, the name Tom Hanks will conjure up such great cinematic quotes as: “Life is like a box of chocolates” or “Houston, we have a problem.” For me, it’s: “There’s a snake in my boot!” And I dare say it’s the same for anyone my age – Tom Hanks is Woody from Toy Story, before he’s Andrew from Philadelphia or Captain Miller from Saving Private Ryan. Furthermore, I’d argue that Woody remains Hanks’ best role. Toy Story is not only a classic, it’s also our first experience of an unknown young writer named Joss Whedon.

Christopher Walken, A View to a Kill

The Bond films were my first real movie experiences, so there are a whole bunch of great actors who I still associate with sub-par spy adventures. The best of these actors is surely Christopher Walken, who brings his inimitable idiosyncrasies to the role of Max Zorin in A View to a Kill. A decade earlier he’d won an Oscar for The Deer Hunter and a decade later he would make movie history in a single scene of Pulp Fiction, but to me he’ll always be the Nazi-experiment super-villain of the most eccentric instalment in the Bond franchise.

Is there a great actor that still reminds you of the film you first saw them in? Let us know below.

4 responses to “Blog: We Saw Them Here First”