Love in Action is a Christian organisation in the US which tries to convert adults and teenagers from homosexuality.

Aside from the sense of humour evident in their choice of name, Love in Action are actually a rather unpleasant bunch. They combine the theology of the Westboro Baptist Church with discipline of North Korea to create a truly shocking institution that aims to shame gay teens into heterosexuality. This documentary follows Zach, an internet blogger whose incarceration at their “Refuge” treatment centre sparked a protest movement that gained the attention of national media. 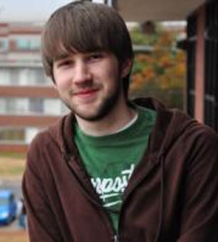 This is far from the best made documentary out there. The story it tells simply isn’t substantial enough for a feature film. The handful of protest clips and half dozen interviewees are stretched out, inter-cut with so much news footage we might as well be watching CNN. Most of this is overlaid with dreary music, as if the stories being told aren’t compelling enough by themselves and need the addition of a B-side Portishead track to have emotional pull.

But in spite of all that, the substance they do have in this documentary is interesting, if sparse. Some of the techniques described, and the rules of “Refuge” would be laughable if they weren’t so scary. The “patients”, many of whom are teenagers, forced to attend by their parents, are searched on arrival like prisoners and subjected to intense scrutiny. They have to lay their private feelings bare for all to see and are barred from any behaviour atypical of their gender. The proponents of this “therapy” believe homosexuality makes you depressed, and more likely to commit suicide, not seeing that this is simply the result of their own bigotry and insecurity.

Interestingly, Love in Action, and similar gay conversion organisations, didn’t come in to being until the 1970s. In Before Stonewall we saw how the gay rights movement was created and grew, with a sense of optimism, hope and irreversible progress. Paris is Burning showed the world that can flourish when diversity is accepted and tolerance rules the day. This is What Love in Action Looks Like takes a huge step back and shows how some people haven’t moved on since the 60s. The 1560s.