Harold Ramis sadly died on Monday aged 69, and as BuzzFeed-wannabe The Independent recently taught us, you shouldn’t be put off writing about someone just because you’ve not seen any of their films.

Ramis made his first indelible mark on Hollywood comedy with his screenplay for National Lampoon’s Animal House, co-written with Douglas Kenney and Chris Miller. Animal House shook Hollywood with its anarchic spirit and joyous irreverence, paving the way for an endless slew of frat-comedies. We can never forgive him for that, nor for his launching Robert De Niro‘s comedy career in Analyze This. But there’s a crucial difference between the infectious mischief of Animal House and the frat-comedies of today. The John Landis-directed mayhem is a celebration of weirdness, in which we root for the underdogs. It’s shamelessly brash, but its antiheroes punch upwards, outwards, inwards, but never downwards. They’re genuine oddballs, the likes of which Hollywood has become incapable of portraying. Now those comedies are populated by the obnoxious bullies who were the villains of the 1978 classic. Where Animal House had a heart, The Hangover has an empty hole. Or three.

Ghostbusters is another great celebration of weirdness, the likes of which Hollywood doesn’t make anymore. The 1984 favourite, written by Ramis with co-star Dan Aykroyd, is the pinnacle of an era when populist movies and good movies weren’t entirely separate entities. With Ivan Reitman’s energetic direction, a typically perfect performance from Bill Murray and the eternally quotable script, Ghostbusters is something Hollywood has now turned its back on entirely: a funny comedy. One dreads to think who they’d cast if they were to make it today.

Arguably Ramis’ finest moment, though, is Groundhog Day. In 1993 he stepped behind the camera and directed Bill Murray from a script he wrote with Danny Rubin. The result is the perfect rom-com. It’s touching, interesting and most importantly funny, while remaining subversive and unpredictable in a manner atypical of the genre. Whatever disagreements Murray and Ramis reportedly had on set, both of them completely nail the tone. More apparent than ever is Ramis’ spirited compassion, which characterises these movies and ensures that he will be truly missed. Imagine the mawkish mess they’d make of Groundhog Day now. 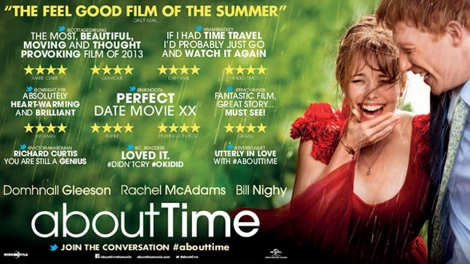