A recent stay in an Israeli hotel left me with limited viewing options, thanks to the TV in my room exclusively showing movies in which Brendan Fraser gets attacked by animals. Avoiding these like the plague or a charity person in the street, here are the three films I managed to find in English: 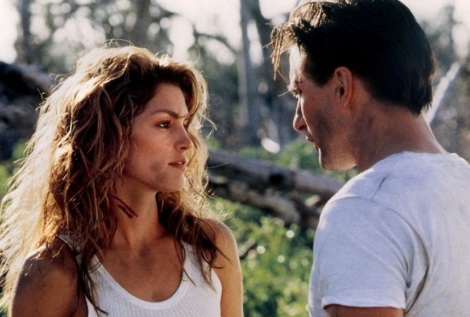 No, not the Sean Penn one from 2010. Not since Gary Oldman and Gary Barlow have two entities with the same name represented such an obvious gulf in quality. This Fair Game stars Cindy Crawford and one of the Baldwins who isn’t Alec.

William Baldwin plays Max Kirkpatrick, one of those names that exists solely in the world of ’90s action cinema. Max is a cop who has to protect Cindy Crawford’s sexy lawyer from a rogue KGB cell led by Steven Berkoff, who are trying to kill her for reasons that are initially unclear, and remain unclear right up until the credits roll after 90 minutes of incompetent action, ridiculous dialogue and softcore sex.

It’s a notoriously bad film, picking up three Razzie nominations, all of which it would probably have won had it not been up against Paul Verhoeven’s Showgirls. Not only did first-time director Andrew Sipes never make another film, judging by his IMDb entry he disappeared completely. 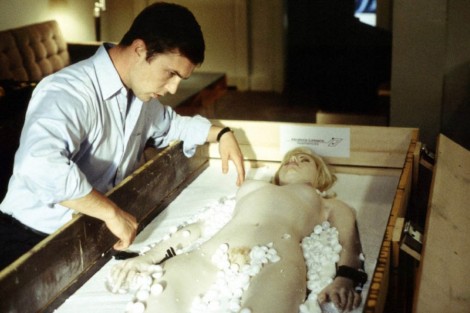 Love Object is a horror film about Quinn from Dexter falling in love with a sex doll that appears to be based on Elizabeth Banks. But at no point does he wear a striped shirt. Now that’s scary.

The film follows through on its weird premise with surprising effectiveness. Writer/director Robert Parigi takes ideas from American Psycho and Vertigo and runs with them, sometimes too far, but in a way that’s always interesting, funny and scary. The theme of objectification is tackled with dark humour and creepy surrealism.

Love Object is an example of strong ideas transcending technical clunkiness. As sometimes happens in the case of low-budget horror films, the clumsy technique works in the film’s favour by adding to the overall weirdness, with dodgy lighting and aesthetic lurches adding to the feeling of something being not quite right. Desmond Harrington plays this strangeness well and there’s a welcome appearance by Rip Torn; two things you don’t want to happen to a sex doll.

In something of a coup for Israeli hotel TV, they showed a film I’d actually heard of, albeit for all the wrong reasons. Obviously a film called Hansel & Gretel: Witch Hunters isn’t likely to win any Oscars, but it’s even worse than its 15% score on Rotten Tomatoes suggests.

The plot is of course explained in the title, and it’s no surprise to discover that this is as far as anyone involved got. The name is the joke, the premise, the story… it’s the entire movie. There’s a trend for this kind of lazy crap, whereby something classical is given a B-movie subtitle, such as Abraham Lincoln: Vampire Hunter or Pride and Prejudice and Zombies. It’s easy to come up with your own, mine include William Shakespeare: Ghost Buster and The Three Bears VS The Seven Dwarves. Try it yourself!

So it’s a high-concept with low-results, thanks to its horribly confused style. The whole thing leaves you asking: who is this for?! There’s the CGI monsters of a fun fantasy romp, and the nudity, swearing and gore of an 18. As for the two leads, you’d be hard pressed to find two actors with less charisma than Gemma Arterton and Jeremy Renner without reaching for some sort of Who’s Who of boring people. She’s named after a stupid plot point from Dream House and he’s so dull he doesn’t even have a proper face.

Hansel & Gretel: Witch Hunters doesn’t even live up to its title. It simply yawns its way to an inevitable conclusion one CGI fight at a time. The visuals are terrible, the 3D conversion making it impossible to see anything, which is probably a blessing in disguise. The only interesting thing about the film is that Will Ferrell served as a producer, which goes some way to explaining its intentions. It’s clearly all meant to be a joke, but it’s not even slightly funny. It doesn’t even try. Naturally, the sequel is currently in development.

One response to “A Hotel Triple-Bill”