12 years ago, Richard Linklater picked 6-year-old Ellar Coltrane to play a kid called Mason in his new family drama, which he filmed for a few days each year until 2014.

The question is whether Boyhood works as a film or just as an impressive feat, and the wistful opening shot of Mason’s face accompanied by Coldplay’s Yellow is unlikely to make anyone particularly optimistic. But that’s the worst bit, and the film cleverly unfolds over the next 3 hours. It is much too long, but that was inevitable given its 12-year production. According to Variety, the original title 12 Years was abandoned due to its similarity to 12 Years A Slave, which Coltrane ought to appropriate when it comes to writing his autobiography. 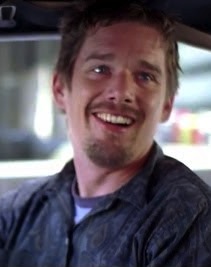 As in the case of A Scanner Darkly, still Linklater’s greatest work, the innovative production style is not a gimmick but is integral to the story. Seeing characters actually age as they would in real life is unsurprisingly effective, while the actors’ protracted performances give them a unique authenticity. Patricia Arquette stands out as Mason’s mother, while his sister and father are brilliantly played by Linklater’s daughter Lorelei Linklater and friend Ethan Hawke. Coltrane himself is perfectly cast, begging the question of how Linklater knew he’d grow up to look exactly like Ethan Hawke. 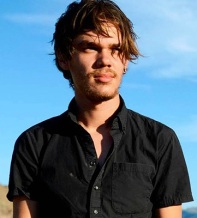 At times this all feels too much like watching a random family’s home movies, but affection towards the tangible characters keeps the film engaging. It’s profound in its normality, and the drama is at its best when firmly naturalistic. At times it strays from this essential realism, as characters have the sort of pseudo-profound conversations that people only have in Hollywood movies, not to mention one particularly baffling coincidence that would be the worst part of the film were it not for Coldplay’s Yellow.

But Linklater succeeds in bringing the warm and human naturalism of his Before trilogy to this coming-of-age tale, which they should have called Before Before Sunrise. The broad strokes and severe sentimentality are forgivable given the universality of the film’s themes, which seem likely to give Boyhood an enduring appeal. A deeply personal epic, it’s a story of growing up, from clueless child to annoying teenager to clueless adult. Linklater warmly assures us that we’re all just winging it, Star Wars is some sort of universal constant and the last 12 years have given us some really bad music.