It’s time for part two in our review series of classic movies that we’ve somehow never seen. Obviously we’ve seen them now, otherwise it would be pretty hard to review them. But anyway, this time it’s Stand By Me; a coming-of-age drama from 1986, based on a short story by Stephen King and a song by Ben E. King. No relation.

Set in 1950s Oregon, Stand By Me is the story of four kids who head out into the woods in search of the missing body of a dead child. It’s narrated by one of the boys as a grown-up, now a writer played by Richard Dreyfuss. Their sweary adventure feels like a live-action South Park; best friends Will Wheaton and River Phoenix are like Kyle and Stan, with the chubby Jerry O’Connell as Cartman, which leaves Corey Feldman as Kenny…

Ill-conceived comparisons aside, these kids do an impressive job with their great characters; who knew Wesley Crusher could make such a compelling lead? There are also welcome appearances from Kiefer Sutherland and John Cusack. But at the film’s heart is a well-realised friendship between children, based around trivial conversations about Superman, nicely observed in-jokes and, that staple of boyhood friendships, insulting each other’s mums. 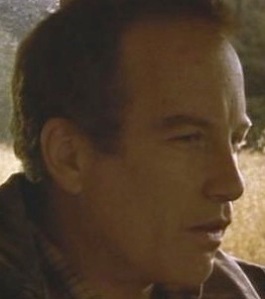 Compare it to this year’s derivative Hide Your Smiling Faces, also about some children finding a gun and a body; those kids don’t have a single realistic conversation, they just talk about death and suicide. Stand By Me revolves around authentic friendships, which are recognisable even if you steered well-clear of adventures as a child, as we did. We were too busy watching films, but ironically not Stand By Me.

All this makes for a well-rounded picture; its adventure is exciting, its dialogue funny and its drama touching. Made in the ’80s but set in the ’50s, its themes of friendship, mortality and growing up are timeless. It’s a remarkably mature film, whose atmosphere turns increasingly sombre as our young protagonists venture further and further away from the feckless and cruel adults of their hometown.

As Misery would later confirm, director Rob Reiner and author Stephen King make a winning combination. The only question is why Stephen King, a man of such great imagination, writes so many semi-autobiographical stories about writers. Nevertheless, Stand By Me‘s social sensitivity, mature edginess and childlike sense of adventure make it a tentpole coming-of-age movie; a pun that doesn’t work because there are no tentpoles in the film.

3 responses to “I’ve Never Seen… Stand By Me”