8 years after The Dark Knight, Batman has been blamed for Harvey Dent’s crimes and Bruce has become a recluse, that is, until a new foe rears his ugly head: Bane – an outcast from the League of Shadows with the voice of a cartoon tree. Bane breaks Batman’s back and leaves him to die in a hole in a desert somewhere, while threatening Gotham with a nuclear explosion in just…5 months. Will Batman get back in time?

I forewarn you that my review of this film is going to make it sound like I hate it, but this is far from the truth. It’s far better than most superhero films. And it’s nowhere near as bad as, say, X Men 3, Spider-Man 3, Iron Man 3, Alien 3, Terminator 3, The Godfather 3, Shrek 3 or Batman Forever. But like those films it’s the worst of its trilogy.

The good things first. As The Dark Knight did with Batman’s surveillance dilemma and terrorist threat, it is thematically linked to real events, thus making it more interesting than your average superhero film. Bane’s murderous intentions are masked in an ideology of people power against a corrupt class of the super-rich, hot on the heels of the Occupy movement. Selina Kyle’s speech about the wealthy of Gotham not leaving anything for anyone else ties into this theme, and continues the idea of economic problems causing social problems that has been with the franchise since Batman Begins. 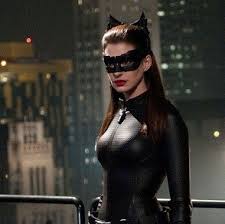 It also has some of the best action of the trilogy, taking another step up in terms of scale, and provides a fitting end to the franchise. Further, it flips the end message of The Dark Knight – that sometimes we need more than the truth – on its head by showing the disastrous consequences of the lie, thus challenging us once again. It also has its share of edge-of-your seat moments and emotional pull. I defy anyone not to be moved by the scene where (spoiler) Alfred leaves, or (spoiler) Batman reveals his identity to Commissioner Gordon. Right, now the bad things.

One of the things that sets these films apart from others in the genre is the strength of its characters. The Dark Knight introduced us to Harvey and the Joker, who blended in well with the universe. The Dark Knight Rises, however, brings in the entire cast of Inception, and the transition isn’t quite so seamless.

Bane is the worst villain of the series, and not just because of his bizarre plum-voice that makes him hard to take seriously. Nolan has explained that he wanted to go with a more traditional, physical villain, as he felt the more psychological villains had been done in the first two and wanted to do something different. Unfortunately it just doesn’t work as well. Bane never feels as fleshed out, and I don’t mean backstory. We never get any back-story for the Joker, but we do get plenty of screen time to get to know his character.

Bane is not just inhibited by his lack of lengthy dialogue (possibly a result of his misjudged voice), but also the fact we can’t see his face, making him hard to read. The best scenes in The Dark Knight are the ones where the Joker is talking and interacting with other characters: in the kitchen with the crime bosses, the interrogation scene and at Bruce’s party, for example. There are no scenes of comparable quality featuring Bane.

The other problem with Bane is that seeing Nolan’s Batman overcoming a physical villain is not as interesting as seeing him try and outwit the Joker, the Scarecrow or Ras al Ghul. There’s an element of the Rocky sequels to it, as Bruce and Alfred watch footage of Bane and discuss his fighting technique. Bruce then has to train to become physically stronger in a low tech, foreign land like Rocky IV. The fact he’s out of the middle of the film means that once he returns to Gotham, stopping Bane is relatively straightforward. The actual detective work is minimal, suggesting that had Batman done a few more push-ups in the first place he might have defeated Bane right away with 5 months to spare.

It might have been interesting to see Bane plotting (he knows who Batman is, where his secret arsenal is stored and that he’s built a fusion reactor – how?), or preparing his subterranean lair, or see Batman trying to track him down and outsmarten him. Bane is supposed to be one of Batman’s cleverest opponents, after all. But actually Batman’s challenge is escaping his prison and returning to Gotham. The rest feels rather straightforward.

It could have done with fewer new characters. Selina Kyle is brilliantly adapted to Nolan’s universe, and Anne Hathaway is delicious in the role, but feels more like they’ve found her stuff to do rather than finding an actual role for her. This is better than Marillon Coutillard’s Miranda Tate, who completely fails to make an impact.

Perhaps not wanting his carefully crafted universe to be swept aside by Warner Bros in the way it has been, Nolan introduces another new character, Blake (Joseph Gordon Levitt) as a young cop who looks up to Batman and looks set to take on his mantle. You could argue this is the point of the film, with this character’s journey to the Batcave taking the final seconds ending. This might have worked well if they had made a direct sequel, but since they haven’t, it feels like Bruce’s training of Blake leads nowhere.

For much of the film there’s not a whole lot for Blake to do, so he does the police work Commissioner Gordon would normally have done, while Gordon is incapacitated. But by the finale of the film Gordon is back, leaving Blake to the disappointingly run-of-the-mill action movie task of saving a bus full of children. And this brings me on to my next point: this film is more generic than its predecessors.

This links into the decision to go with a more physical villain. The nuclear bomb about to destroy a city ending is the same as The Avengers and Man of Steel which were all released within months of each other. The finales of the previous two Batman films had ‘ticking bomb’ elements; the microwave emitter on the train to the core of the water supply and the two boats with bombs on board, but they were both more original than a literal bomb with a countdown clock on it.

There are also too many moments that stretch implausibility, or plot holes that don’t make sense, to enjoy as thoroughly as the previous two.

I’m glad they made a third film. 3 is a nice, round number after all, and Rises remains a very enjoyable action spectacle, but set against the dizzying heights of Begins and The Dark Knight, it just can’t measure up.

2 responses to “The Dark Knight Rises”