Currently available on iPlayer, Behind the Candelabra sees the young Scott Thorson (Matt Damon) hired by Las Vegas superstar Liberace (Michael Douglas), whose controlling behaviour consumes their relationship. Like Foxcatcher, but not repressed. 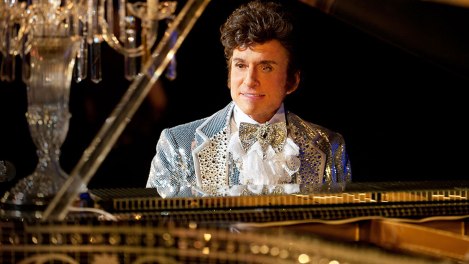 Not only does Steven Soderbergh direct, he also serves as cinematographer and editor, under the pseudonyms Peter Andrews and Mary Ann Bernard, respectively. He has claimed that Hollywood studios refused to finance the film because it was “too gay”, instead securing financing from HBO. Mind you, he also said that Side Effects would be his last film, so who knows. The television budget means a strong focus on conversation and character, with an intimacy reminiscent of Soderbergh’s first feature Sex, Lies, and Videotape. 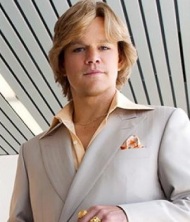 This is more like Sex, Lies, and Rhinestones, glistening with flamboyant costumes and glittery sets. There are bubbles in every scene, whether in hot tubs, champagne or both. But as the title suggests, this is a backstage glimpse at the life of Mr Showmanship. Of course, any biopic based on a book by the subject’s ex-lover should be taken with a pinch of salt. As a story, however, Behind the Candelabra is glitzily compelling.

At its heart are two wonderful performances. Douglas’ show-stopping turn as the flamboyant pianist is a true transformation, while Damon anchors the piece as the vulnerable Thorson. Also appearing are Scott Bakula, Dan Aykroyd and Rob Lowe as a terrifying warning against plastic surgery, resembling one of those Joan Rivers aliens from Star Trek: Insurrection. The film has a scalpel-sharp approach to such themes as cosmetic surgery, sexuality and fame. And more sequins than an episode of RuPaul’s Drag Race.

Dazzlingly acted, sparklingly written and splendidly directed, Behind the Candelabra is nothing short of fabulous.