This British film noir from 1947 stars Richard Attenborough as a Brighton gangster named Pinkie, who marries a murder witness in order to keep her quiet. It was released in the USA as Young Scarface, though the only similarity between Chicago and Brighton is that they’re both windy cities. 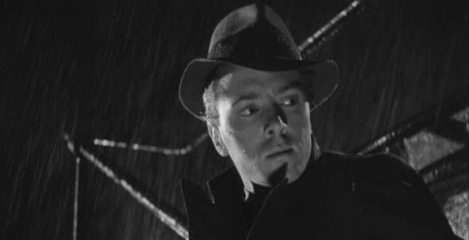 Based on Graham Greene’s novel, the film boasts expert direction by John Boulting, taut writing by Terence Rattigan and dark photography by The Wicker Man cinematographer Harry Waxman. They give the bustling streets of Brighton a dangerous edge, with a number of thrilling seaside scares, including a murder on a ghost train and another at a race track. The only way it could get any more British is if someone was strangled with bunting.

The 24-year-old Attenborough makes a scarily charismatic lead, looking like a young Orson Welles and speaking like O’Ryan from Event Horizon Crescent. In strong supporting roles are William “Doctor Who” Hartnell and Hermione Baddeley, whose cackle could make Barbara Windsor blush. Their costumes are sharply designed, and Hans May’s score is evocative without ever becoming obtrusive.

From its gripping opening chase to its ironic, hellish ending, this classic noir is as hard as a stick of rock and as tense as a Brighton & Hove City Council meeting. Brilliantly shot, acted and written, Brighton Rock is chief among its piers.