Set in 1968, Made in Dagenham is based on the sewing machinists strike over equal pay at Ford’s Dagenham plant. It’s currently on iPlayer, though if you’ve seen films like Brassed Off, The Full Monty or Pride, then you’ve pretty much seen it already.

British films of this type have a template, on to which they graft a particular political or historical event. Made in Dagenham never strays from this format, hitting every cliché in the book. But that’s because the formula works, and this 2010 comedy-drama is a fine example. We can forgive its predictability because it’s rooted in compassion and tells an important story, even if its politics are almost lost amongst the froth. 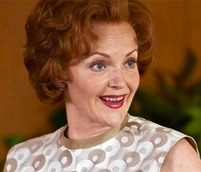 This is one of those films with room for every British actor, including the late Bob Hoskins, the late Roger Lloyd Pack and the very much alive Sally Hawkins. You know it’s a big cast when Matt “Superhans” King shows up, along with Miles Jupp, Phil Cornwell, Daniel Mays… even Andrew Lincoln from The Walking Dead. Plus, Miranda Richardson plays an MP who looks like Hazel Blears but is meant to be Barbara Castle. Is she related to Barbara Windsor?

The feel-good drama does offer a somewhat rose-tinted version of events, making it feel a bit Suffrawet. One particularly condescending scene sees Rosamund Pike’s posh lady come round to tell Hawkins’ working-class hero what an inspiration she is. But again, it succeeds by presenting its political ideas with warmth and good humour, with a couple of Desmond Dekker songs thrown in for good measure.

Socially valuable and emotionally uplifting, Made in Dagenham is the best film about a machinist since The Machinist. With equal pay bizarrely still an issue, their story is well worth telling, and is now a West End musical starring Gemma Arterton. “Why are our pay packets slimmin’ / is it because we’re wimmen?” I haven’t seen it.