Johnny Depp stars as Gilbert Grape, a family-focussed but emotionally closed twenty-something living in a tiny deadend town called Endora in the middle of nowhere. He works long hours at a failing grocery store to support his morbidly obese, housebound mother and cares for his younger brother Arnie (Leonardo DiCaprio) who suffers from a serious developmental disorder. 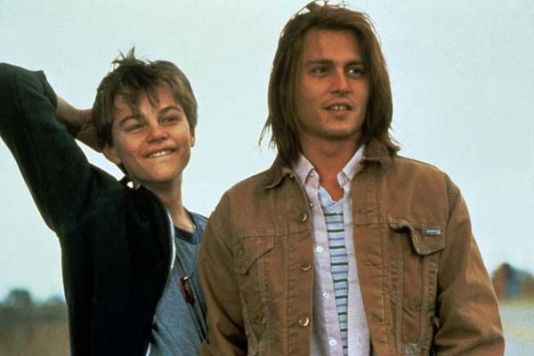 Gilbert Grape is a quintessential 90s drama, down to the over-the-top score, bad haircuts and ludicrous-if-poetic ending. The shining star of the film is DiCaprio who, at just nineteen on the film’s release, portrays Arnie with a remarkable level of sensitivity and affection. Playing a disabled character often runs the risk of straying into offensive territory, but he masters it to perfection, managing to be both frustrating and lovable. This is the performance that should have won him his Oscar, rather than for groaning his way through The Revenant.

Depp holds a lot back in his performance, giving Gilbert the air of someone going through a mid-life crisis in his twenties. He’s not the warm fuzzy family man we might expect, but is driven by a sincere sense of duty. Darlene Cates is also excellent as his mother in her first acting role.

In spite of some of the weightier or emotionally challenging elements of the film, the screenplay retains humour throughout. The town has a number of strong supporting characters who provide much of the levity, including John C Reilly as Gilbert’s friend and local handyman, and Crispin Glover as the town undertaker, who’s constantly short on business.

All the elements combine to create a very fulfilling film, which manages to deal with serious issues while remaining a thoroughly enjoyable watch.