New sci-fi/horror movie Life is a lot like Alien – but instead of a terrifying alien there’s quite a cute starfish creature, instead of Dan O’Bannon it’s the Deadpool writers, and instead of Sigourney Weaver… Ryan Reynolds. 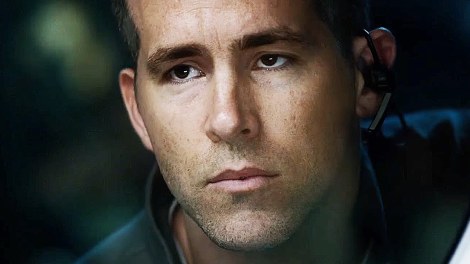 After an enjoyable opening, featuring some great-looking zero-gravity camerawork and one oddly cathartic bit of gore, Life soon becomes as boring as… well, as life. Rather than having fun with its slasher-in-space premise, Event Horizon style, the tone is much too serious. And it’s difficult to take seriously when you have a poorly-rendered CGI alien called Calvin crawling through the International Space Station, turning everyone into blobs of jelly. They should have called it Calvin and Blobs.

Apparently trapped in some sort of characterisation black hole, the diverse cast are left floundering, portraying the most incompetent astronauts since these guys. This wastes the talents of Jake Gyllenhaal and Hiroyuki Shimosawa, who knows his way around zero gravity, having previously starred in Danny Boyle’s Sunshine – another film from which Life lifts plot points, alongside Gravity and Avatar. The result is neither scary enough for horror nor smart enough for sci-fi.

That hasn’t stopped screenwriters Rhett Reese and Paul Wernick from doing a Ridley Scott and threatening to make sequels. Blow it out your airlock, lads.