Serpico dons leathers in an undercover mission to find a serial killer who preys on gay men in New York’s underground bondage scene, in this 1980 film from Exorcist director William Friedkin.

Pacino returns to the underbelly of New York where he was last seen shooting heroin in The Panic in Needle Park, this time on the other side of the law as police officer Steve Burns. The young cop is sent undercover due to his physical resemblance to the killer’s victims, acting as bait in a not entirely watertight plan to lure him out. But as he learns to fit in among the niche subculture he sees the dark side of police brutality and begins to question his own identity.

As Pacino goes from Scarface to Leatherface, the irony of a heterosexual cop forced to play it gay is exploited throughout. In one notable scene he’s even ejected from a bar for not being dressed as a cop. Interestingly the film opts not to dwell on Steve’s personal attitude to sexuality. He never seems either phased or enthralled with his new surroundings. It also doesn’t dwell on the motivations of the killer, instead looking at Steve’s relationship with law enforcement after seeing it from the other side.

In many ways this follows the conventional beats of a cat and mouse crime thriller. However, with the heavy focus on homosexuality and gender politics it boldly sets itself apart from other films in the genre. It also avoids the lazy stereotype of the “unsupportive wife” that often features in cop movies, and, in fact, all kinds of films about a man who’s committed to his work. Instead he takes a break from his girlfriend for the duration of his undercover work, returning to her at the end for a controversial and ambiguous ending.

Drawing protests at the time for its depiction of gay culture, it can now be viewed as a story about a very small subset of a community rather than as something deemed to represent an entire group of people – thanks to the permeation of gay people into mainstream popular culture which has taken place since its release. 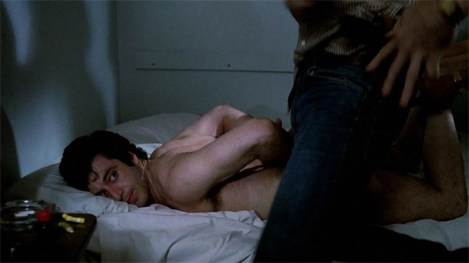