From Spinal Tap‘s Christopher Guest, Best in Show applies the talents of the legendary mockumentarian to the self-evidently funny world of dog competitions. Canine-based hilarity ensues. 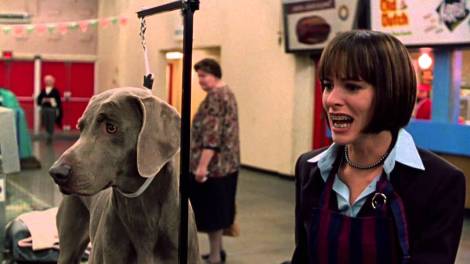 The film follows several different couples who compete in the Mayflower Dog Show, the most prestigious doggy contest in the US. The couples include Meg and Hamilton (Parker Posey and Michael Hitchcock), a dysfunctional pair who treat their dog Beatrice like a child; young billionairess Sherri Ann and her dog trainer Christy (Jennifer Coolidge and Jane Lynch); and Scott and Stefan (John Michael Higgins and Michael McKean) a pair of A-gays who enter the contest with their well-groomed Shi Tsu.

The characters are all superbly drawn, and acted to naturalistic perfection in largely improvised performances. The excellent cast features some of the best comic actors, including Spinal Tap favourites who disappear completely into their roles. By doing this they actually manage to get you emotionally invested in the outcome of a dog show, something I couldn’t even manage when it was alleged dog poisoning at Crufts.

One response to “Best in Show”